LOS ANGELES (AP) — Taylor Swift and writer-director-producer Janet Mock will be honored at the GLAAD Media Awards for their advocacy for LGBTQ issues.

They will be honored at the GLAAD Media Awards in Los Angeles on April 16.

Swift has been outspoken proponent for the Equality Act, which would prohibit discrimination based on sex, gender or sexual orientation in a wide variety of areas. Her video for her hit “You Need To Calm Down”also featured prominent LGBTQ celebrities and mocked those who were against gay marriage.

Mock, who wrote a book about her life as a transgender woman, is a writer and director for Ryan Murphy’s “Pose,” about 1980s ballroom culture with a large LGBTQ cast. She also signed a deal with Netflix in 2019 to produce content for the streaming service. 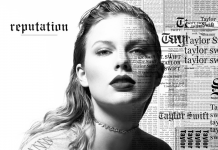