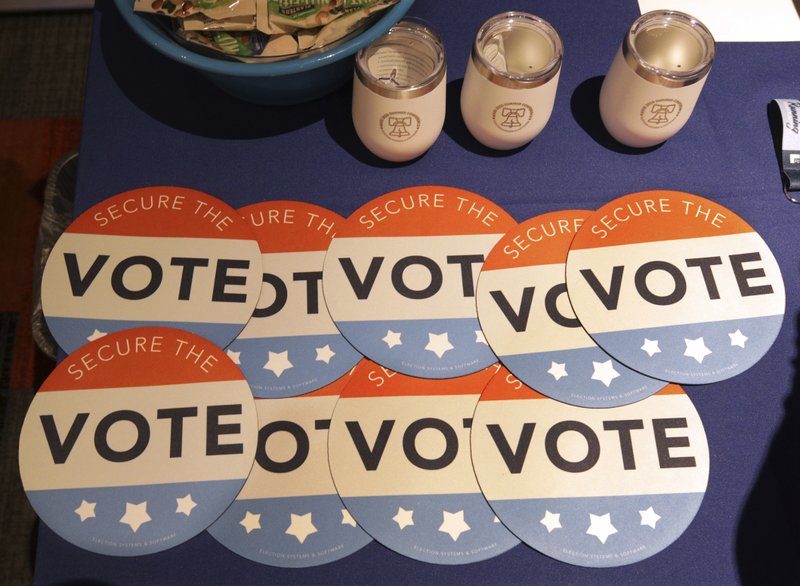 DeSantis suspended Bucher earlier this month, and the state Senate would have had the final say in whether she should have been permanently removed.

Bucher said in a statement that she resigned because she doubted that she could get a fair hearing in the Republican-controlled legislative body.

“The laws and our Constitution need to be changed,” Bucher said. “Florida elected officials should not be afraid to express their views and stand strong for their constituents without fear of being removed from office through fabricated allegations which would not stand up in a court of law.”

Florida had recounts in statewide races for governor, the U.S. Senate and agriculture commissioner.

DeSantis previously said Bucher violated state law by not completing recounts before a state-mandated deadline and by mishandling ballots. The county’s aging ballot counting machines had been certified by the state but broke down repeatedly during the recount.

“The elections office in Palm Beach County demonstrated on a national stage that they simply could not comply with the laws of the state,” DeSantis said earlier this month. “There was a train of problems and it was not just there was a mistake here or a mistake there, it really tarnished the image of the State of Florida.”

Bucher is a former state representative who had held the elections position since 2008. DeSantis named Republican lawyer Wendy Link to replace her.

The bank holding company posted revenue of $39.6 million in the period. Its revenue net of interest expense was $37.6 million, which beat Street forecasts.

Capital City Bank shares have risen 3 percent since the beginning of the year. The stock has climbed 2 percent in the last 12 months