It looks like a soggy Labor Day weekend ahead in South Florida thanks to a tropical wave now approaching the state. Already the South Florida Water Management District (SFWMD) has moved into action, preparing the regional flood control system to handle heavy local rainfall.

The storm system is forecast to drop an average of about 2 inches Districtwide this weekend through Tuesday as it passes over South Florida. Local maximums in some areas could be as high as 5-10 inches.

At the same time, SFWMD officials say they have been working around the clock for months to lower water levels in the water conservation areas to create capacity for sending additional Lake Okeechobee water south, all in an effort to alleviate the high water emergency caused by record May rainfall.

SFWMD Chief Engineer John Mitnik gave an update Thursday on current water conditions and efforts to prepare the flood control system for the storm as part of the agency’s weekly video series. The video series and website were established to inform the public on current water conditions and the agency’s actions amid the high water emergency. The video update can be seen by clicking here or visiting the District’s website dedicated to the emergency situation at www.sfwmd.gov/managinghighwater.

Flood control in South Florida is a shared responsibility between the District, which operates the regional flood control system, and local drainage districts, municipalities and homeowners associations that operate the primary and secondary drainage systems to move flood waters away from homes and neighborhoods.

District officials say residents throughout South Florida can find what local agency to contact about flooding concerns based on their address by visiting the District’s Flood Control website at www.sfwmd.gov/stormupdate. Residents can also watch an educational video about how the shared flood control system works by clicking here.

The approaching storm comes after record rainfall in May caused Lake O to rise more than a foot, which led the U.S. Army Corps of Engineers to begin releases to the northern estuaries on June 1. At the same time, this record rainfall inundated the water conservation areas, causing them to rise considerably above their regulation schedules.

“To combat this, SFWMD has been taking every action within its authority to lower water levels, including storing water on public and private lands,” the District states. “Additionally, every available structure is being used and temporary pumps have been installed to move additional water.”

Since May 14, SFWMD’s actions have moved more than 53 billion gallons south from lake Okeechobee and more than 222 billion gallons out of the water conservation areas either to tide or into Everglades National Park. The idea is to help create capacity to move more water south and reduce the need for estuary releases. 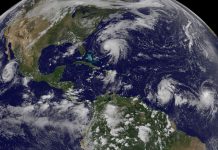 Subtropical Storm Alberto Is First Named Storm of the Season 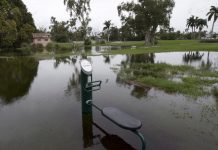 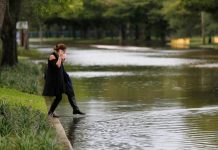