A Florida public school board voted three-to-two on Feb. 15 to reinstate “cultural sensitivity training” to the tune of $362,000 after the program was canceled two years ago, according to Parents Defending Education.

The board of Sarasota County Schools voted to rehire Dr. Sharroky Hollie and the consulting firm Solution Tree, Inc. for $362,446, according to a school board meeting agenda obtained by Parents Defending Education. Kelsey Whealy, a spokeswoman for the district, told the Daily Caller that hiring Hollie was part of the district’s “Strategic Plan Goal 1, Strategy 3,” which vaguely aims to create a “Professional Learning Communities model.” 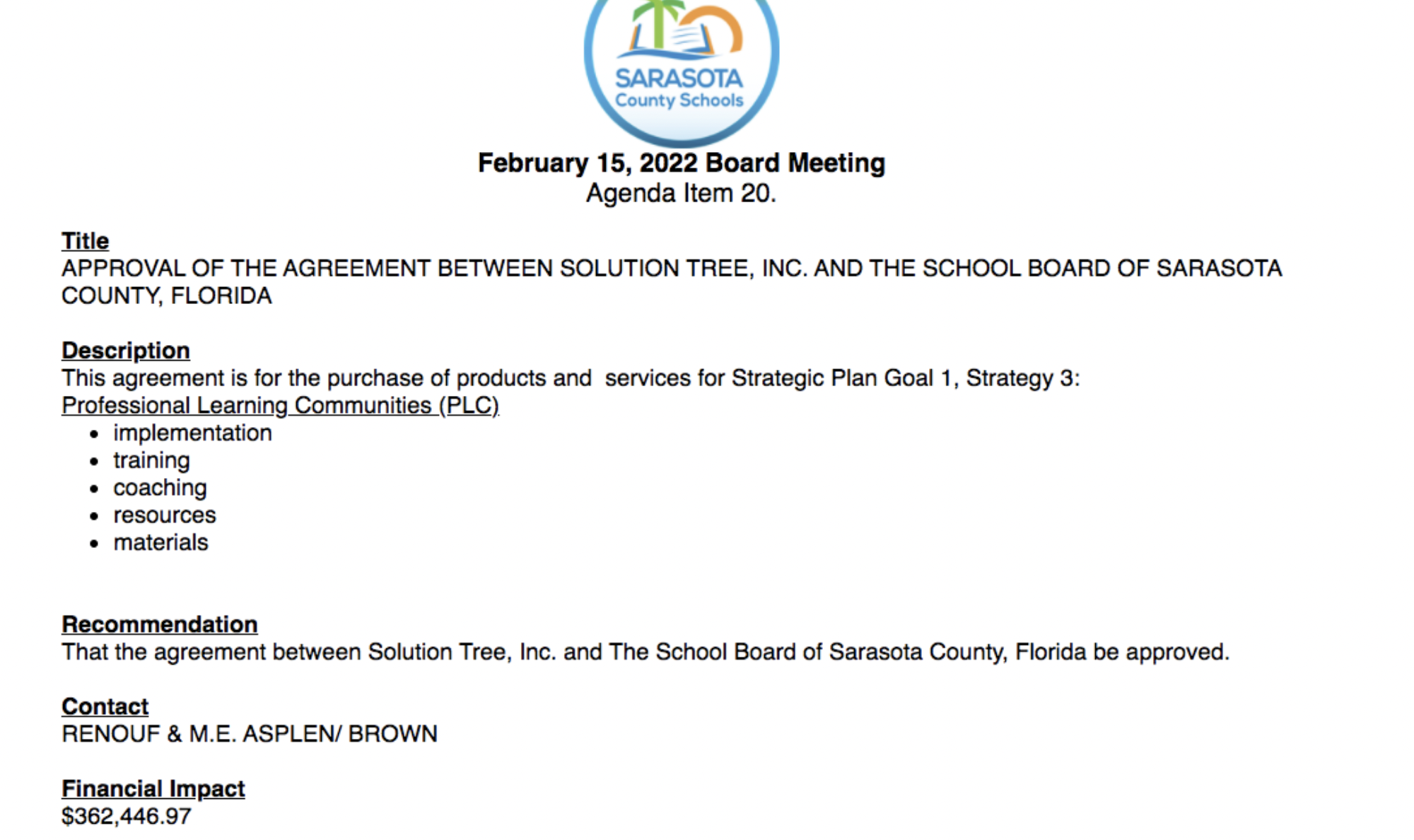 During a since-deleted YouTube live stream from August 2020, Hollie reportedly encouraged teachers to call out women like Amy Cooper, a woman who lost her job for calling the police on a black man in Central Park.

“Look for the Amy Coopers in Sarasota, and I want you to call them to the carpet,” Hollie said, according to the Sarasota Herald-Tribune. “We will not get to the label of cultural responsiveness that we need to if you are not willing to call out the Amy Coopers. These are the people walking round saying ‘I’m not a racist, I love all people,’ but when the time comes they practice insensitivity.”

These comments sparked backlash from the community and teachers. (RELATED: Minnesota Middle School Advised Students On How To Protest)

Erika Sanzi, Parents Defending Education’s director of outreach, noted that the expensive training comes during a time when school budgets are tight and students nationwide are suffering from “profound” learning loss from the COVID-19 pandemic.

“It’s concerning that less than two years after pulling back on a contract from a DEI consultant, Sarasota County Schools has decided to finalize an agreement that TRIPLES the contract with the same consultant,” Sanzi said. “What exactly is this money being used for? At a time when teachers reach into their own pockets for classroom supplies and students nationwide are experiencing profound learning loss, spending $362,000 on a controversial ‘cultural sensitivity training’ makes absolutely no sense.”