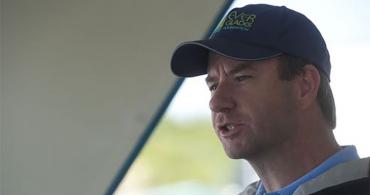 In September 2018, Everglades Foundation CEO Eric Eikenberg predicted his influence was about to increase mightily.

“Forty days from now,” he said, “we’ll have a new Administration in Tallahassee, a new governing board at the Water Management District, new leadership at the Corps.”

And, sure enough. less than two months after Gov. Ron DeSantis’ victory, Eikenberg is on top of the world. He  owns South Florida, or so it seems. If I were an artist, I would draw him as the king of the White Walkers, soaring menacingly above his kingdom on a fire-breathing dragon. In some respects, he has that kind of power.

There’s nobody left for Eikenberg to fight with. No one left for him to blame.

He and the Foundation suddenly have these people in their quiver:

Florida Statute 373.073 says “Membership on governing boards shall be selected from candidates who have significant experience in one or more of the following areas, including, but not limited to: agriculture, the development industry, local government, government-owned or privately owned water utilities, law, civil engineering, environmental science, hydrology, accounting, or financial businesses.”

But no Governing Board member with experience in agriculture has yet to be appointed.  That’s deliberate and stupid. True, there is no requirement to choose a farmer or a rancher over anybody else, but agriculture is a specifically identified stakeholder with rights in Florida law to receive water. The law says the District can’t plan or develop any project that “adversely affects flood protection or existing legal uses of water (including agricultural, municipal, industrial, tribal).”

It’s why discarded Governing Board member Brandon Tucker went a little nuts when Mast told told him Aug. 23, “When Ron (DeSantis) gets elected, there won’t be anyone connected to agriculture in any way on the board of the Water Management District.”

The Everglades Foundation wants to make the Governing Board its private club. Agriculture is excluded. The principal goal of the Foundation — and it has been since the day it incorporated — is to take agricultural land out of production. How much easier that will be without anyone around who understands the significance of agriculture to Florida.

SFWMD is rich and replete with farmland. I know why the Everglades Foundation would want to ignore agriculture on the Governing Board. But why would the governor?

Eikenberg and the Foundation don’t want to hear about the real problem, the pollution that enters the system from the North. In fact, 90 percent of the water that flows into the lake comes from the big Mouse to the North, where residential growth is mushrooming. Ten percent enters from the South. Why doesn’t it make more sense to stop dirty water before it gets to the lake?

Certainly I don’t trust the reliance on “science and scientists” when I hear it out of the Foundation’s mouth. They tell us that’s going to be the difference between then (bad) and now (good). Scientists are coming to water bodies near you! Well, the Everglades Foundation has scientists, but I’ve never seen a one of them do any practical sciencing. If they’ve ever actually sampled, say, a river, I’ve never heard of it. What I do remember is Mike Balon … uh  … Maloney.

In 2017 the James Madison Institute did an economic impact study on the EAA Reservoir. The result wasn’t entirely supportive of the Everglades Foundation’s point of view. So the Foundation, saying it had an economic study of its own in the pipeline, found Maloney, a Clemson University professor and lead economist on the Foundation study. Turns out Maloney was a results-for-hire Ph.D. who had been preparing reports for paying customers for a long time. You give him the conclusion you want, he’ll make the numbers work. The website ScienceCorruption.com debunked him as “a very minor cash-for-comments academic.”

Point is, who can trust the Foundation not to come up with a Maloney baloney science equivalent? Sorry, but I truly believe they would stoop that low.

Most of all, though, the reason I’m so bothered by Eikenberg & Co.’s coup is that the EAA reservoir is going into the hands of the same faction that destroyed the first version.

The first EAA reservoir was on track to go on line in 2010. But the Everglades Foundation and Gov. Charlie Crist — for whom Eric Eikenberg was chief of staff — decided to halt construction, dismantle it and write off the taxpayers’ nearly $300 million already spent on it. Why? Because Crist, Everglades Foundation co-founder Paul Tudor Jones and Eikenberg thought the reservoir wouldn’t be needed. They were going to pay nearly $2 billion to buy U.S. Sugar out. But the recession came along and the deal fell through. There’s more to it than this — read a more complete story about the doomed EAA reservoir here.

I wish the new board members well, I really do. Florida needs their enthusiasm, intelligence and ability to juggle a complex set of tasks. We need them to succeed. But I have to tell you, I have zero faith the Foundation will do anything but let them and us down again, given half a chance to buy or take land — their No. 1 goal.

And we were making real headway on Everglades restoration. One of the biggest challenges of all for the new board: Making sure we don’t lose that momentum again.