It’s just a little story and I might not have felt the need to tell it if any of the mainstream media who witnessed it had written about it or filmed it — if for no other reason than to balance their liberal-biased stories about last week’s Sunshine Summit.

But no one did.

Thursday, day of the Republican gubernatorial debate, was a scorcher in Kissimmee. It was punctuated with the week’s highest humidity count and on-and-off cracking thunderstorms. An altogether unpleasant day for some two dozen Puerto Rican protesters to have to brave the elements in a symbolic tent city outside the Gaylord Palms Hotel and Resort.

Protesters were there as American citizens, to draw attention to their plight, ask for emergency help and demand stable, affordable housing from Gov. Rick Scott (who did not attend the Sunshine Summit).

When Republican Party of Florida staff arrived at midday, they saw the Puerto Ricans had what looked like very little water and food. They were noticeably wilting, even under canvass-covered patches of ground.

The RPOF staff took it upon themselves to order a delivery of pizza, soda and water for the Puerto Ricans — who, when told it came from the party they were protesting, weren’t sure at first whether it was OK to dig in. But soon after, they helped themselves and showed they were appreciative of the gesture.

Just a small happening unseen by Summit attendees. But media cameras and reporters were on the scene, and it struck me as mean-spirited not to devote even a paragraph to it. If they covered it, I certainly missed the story.

Asking the RPOF to talk about it was like pulling teeth. “It sounds too self-serving, we don’t want to mention it,” said Blaise Ingoglia, RPOF chairman. But presented with the photos you see on this page, he confirmed the story.

“We aren’t looking for credit, it just seemed like the right thing to do,” he said.

I would have agreed with Ingoglia — this is nothing more than a story of people imparting kindness when kindness was called for, undeserving of a big headline. But it seemed to me the contrast between what was going on outside the Gaylord Palms and the media’s gnashed-teeth feeding frenzy inside the hotel during the Sunshine Summit was too much to brush off.

The astounding facts and figures presented in the “Puerto Rico Rising” panel were barely mentioned. Why? Wrong side of the political spectrum?

A measure of resource availability and engagement is how much funding FEMA obligates in the first 180 days after a disaster. Look at these numbers from one of the panelists, Jose Fuentes, the island’s former attorney general:

Puerto Rico faced the longest-lasting power outage affecting the most people in modern U.S. history: 3 million people without power for more than 30 days.

Though displaced Puerto Ricans last week were facing the end of their assisted housing, it’s important to understand how much the Transitional Sheltering Assistance program has done. It’s provided free-of-charge shelter in more than 1,000 motels and hotels both in Puerto Rico and the continental U.S. … to more than 7,000 families in 42 states — with expentitures of $81-plus million.

Gov. Rick Scott has been leading the effort, not only in Florida but nationally.

Yet the disdaining stories written last week in the Atlantic, the Orlando Weekly, the Orlando Sentinel and other media outlets didn’t even acknowledge another side of the story, let alone attempt to tell it.

I remember Katrina. I remember the tens of thousands who were without homes in Louisiana, Mississippi and Alabama and had no out-of-state relative to go to. These victims were not swept up in a political circus, railing at a governor for failing to move mountains, as they are at Rick Scott today. They were putting the blame on the agency responsible, the Federal Emergency Management Agency.

Then, U.S. District Judge Timothy Hillman extended the FEMA program to July 23, pending further court action, according to a release from LatinoJustice, Puerto Rican Legal Defense and Education Fund, which filed a lawsuit.

If this weren’t an election year when we have to take down a party, we might be asking questions of real value — for instance, where are the FEMA trailers? The agency has better ones now, trailers that don’t make their occupants sick. Where are those?

I want to make it clear, the Puerto Ricans were appreciative of RPOF’s gesture on an unbearably sultry day in Central Florida. The media hanging out with them, not so much. 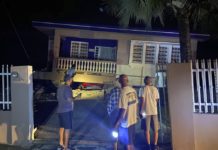 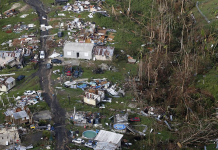 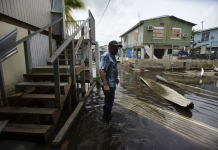 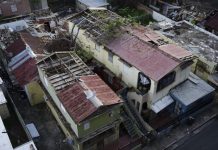 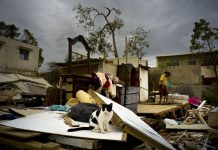