WASHINGTON (AP)–President Donald Trump said he has told the leaders of Mexico and Canada that he will not pull out of the North American Free Trade Agreement at this time, but could still withdraw if he concludes a renegotiated pact is not “a fair deal for all.”

Trump tweeted early Thursday that he has agreed to remain a partner in the much-discussed trade agreement in calls he received from Mexican President Enrique Pena Nieto and Canadian Prime Minister Justin Trudeau. The White House released a statement late Wednesday saying only that Trump had assured the two leaders in phone conversations that the U.S. would not withdraw from NAFTA at this time.

In his Twitter post, Trump called America’s relationships with the two hemispheric neighbors “very good” and said the prospects of a renegotiated deal are “very possible.” But he also said that his consent to remaining in NAFTA for now is “subject to the fact that if we do not reach a fair deal for all, we will then terminate NAFTA.”

Speaking to reporters Thursday before a White House meeting with Argentine President Mauricio Macri, Trump that he’d been planning to “terminate NAFTA as of two or three days from now,” but had been persuaded to reconsider, which he acknowledged “would be a pretty big, you know, shock to the system.” 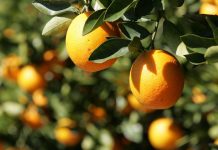