For 24 hours Orlando police did everything possible to try to get a gunman to surrender and let the four children that he held hostage go. But once the talking stopped and the sound of gunfire ended police found one man killed from self-inflicted gunshot wounds and four young children dead.

Things got started when a domestic violence situation that played out at the Westbrook Apartments, in a quiet Orlando neighborhood not long after police got a call after a yet to be identified woman excepted.

Meanwhile, the man who held the four children hostage was a man by the name of Gary Wayne Lindsey Jr., who was a 35-year-old person with an extensive criminal past. He was at the time of his death, a felon who was on probation for arson and other charges.

“A short time ago we made entry into the apartment and found that all four children have been killed by the suspect by apparent gunshot wounds,” Mina said.

“Our hearts go out to the families involved.”

He also spoke about Orlando Police officer Kevin Valencia who during a late afternoon gun battle was shot and suffered a “significant” injury, Mina said. Valencia is recovering after surgery at Orlando Regional Medical Center and was expected to live. He was still in critical condition early Tuesday, Mina said. He asked for prayers for Valencia, who is in his 20s.

Mina said his officers had been in “direct and indirect” contact with Lindsey throughout the day, with the last indirect contact between 8:30 and 9 p.m. The gunman’s phone had spotty service, and police tried to offer him one of their phones. That’s when they saw the body of one child and decided to try to rescue the other children.

By that time more shots were heard and as the Orlando SWAT team entered the apartment they found five dead bodies. It was a tragic end to a long day of police doing all they could to save the lives of the four children. 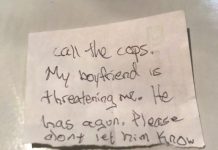