TORONTO (AP) — Tom Clarke has been dealing marijuana illegally in Canada for 30 years. He wrote in his high school yearbook that his dream was to open a cafe in Amsterdam, the Dutch city where people have legally smoked weed in coffee shops since the 1970s.

Turns out, Clarke didn’t have to go nearly so far to open his own retail cannabis outlet.

On Wednesday, Canada becomes the second and largest country with a legal national marijuana marketplace. Uruguay was first. Clarke, 43, will be among the first to legally sell recreational marijuana when his shop opens at midnight in Newfoundland, Canada’s easternmost province.

“I am living my dream. Teenage Tom Clarke is loving what I am doing with my life right now,” he said.

At least 111 legal pot shops are planning to open across the nation of 37 million people on the first day, according to an Associated Press survey of the provinces. That is a small slice of what ultimately will be a much larger marketplace.

No stores will open in Ontario. The most populous province is working on its regulations and doesn’t expect stores until next spring.

Canadians everywhere will be able to order marijuana products through websites run by provinces or private retailers and have it delivered to their homes by mail.

Canada has had legal medical marijuana since 2001, and amid excitement over the arrival of legal recreational pot, many in the industry spent the last days of prohibition on tasks familiar to any retail business — completing displays, doing mock openings and training employees to use sales-tracking software.

“It’s been hectic,” said Roseanne Dampier, who joined her husband — both former welders — in opening Alternative Greens, a licensed store in Edmonton, Alberta. “We have been extremely busy just trying to be able to meet that deadline.”

Canada’s federal government, led by Prime Minister Justin Trudeau, spent about two years planning for legalization, fueled by a desire to bring dealers like Clarke out of the black market and into a regulated system.

Canada’s national approach has allowed for unfettered industry banking, inter-province shipments of cannabis and billions of dollars in investment — a sharp contrast with national prohibition in the United States. Nine U.S. states have legalized the recreational use of marijuana, and more than 30 have approved medical marijuana.

A patchwork of regulations has spread in Canada as each province takes its own approach within the framework set out by the federal government. Some are operating government-run stores, some are allowing private retailers, some both.

Alberta and Quebec have set the minimum age for purchase at 18, while others have made it 19. 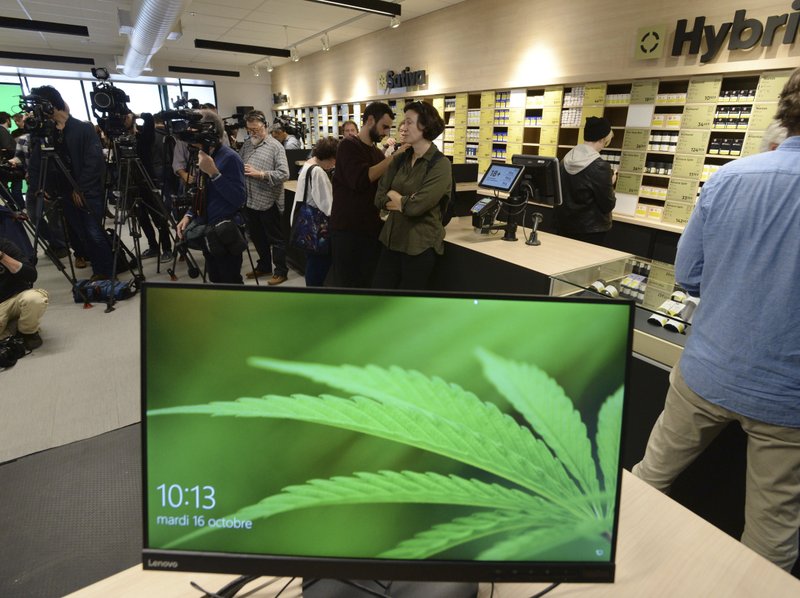 Members of the media attend a preview for one of Quebec’s new cannabis stores in Montreal. (Ryan Remiorz/The Canadian Press via AP)

The provinces also have been able to decide for themselves how much to mark up the marijuana beyond the 10 percent or $1 per gram imposed by the federal government, and whether to allow residents to grow up to four plants at home.

Steve Hawkins, executive director of the Marijuana Policy Project, a Washington-based lobbying organization that has been pressing for legalization since 1995, said it is time for the U.S. to follow Canada’s lead.

“Canada is setting a strong example for how to end marijuana prohibition at the national level and replace it with a system of regulated production and sales that is largely governed at the local level,” he said. “The U.S. and other countries grappling with the complexities of such a significant policy shift will have an excellent opportunity to learn from the Canadian experience.”

As Canada welcomes legalization, supply shortages could develop, as happened in some U.S. states when legalization arrived.

Trevor Fencott, chief executive of Fire and Flower, said his company has 15 Alberta stores staffed and ready to sell marijuana, but the province has supplied only enough product to open three of them Wednesday.

“We’re aware of some of the kinks or growing pains that come with creating an industry out of whole cloth in 24 months,” Fencott said.

Clarke and Brenda Tobin, who is opening a store in Labrador City in Newfoundland and Labrador, expect to sell out quickly after not getting as much from licensed producers as they ordered.

“We expect to run out. I don’t know the first day, but I don’t expect we’ll have it too many days,” Tobin said.

Tobin and her son Trevor plan to open their pot shop at 4:20 p.m., a reference to 420, slang for the consumption of cannabis. Tobin, a longtime convenience store owner, said they will be cutting a ribbon and cake.

“We are just ecstatic,” she said. 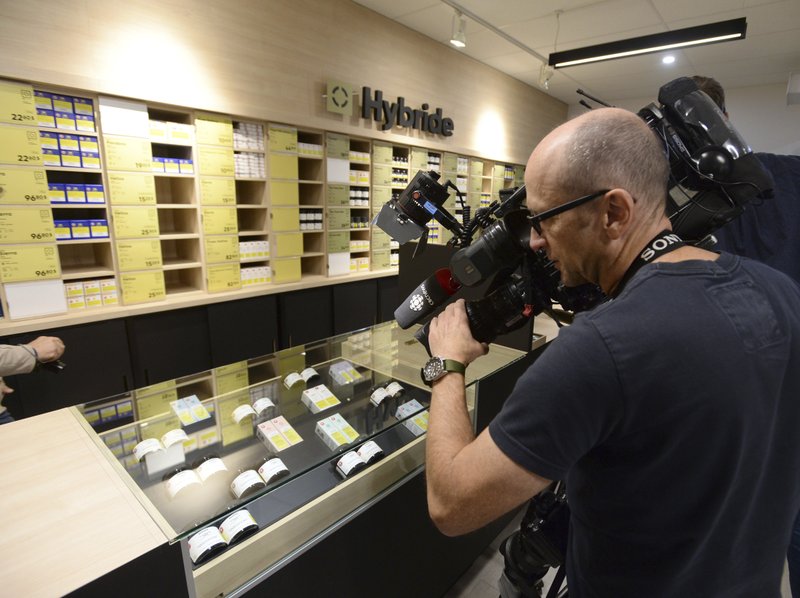 She doesn’t expect to make much money off the pot itself, noting Newfoundland’s 8 percent cap on retail pot profits. She hopes to make money from pipes, bongs and marijuana paraphernalia.

Ontario won’t have any stores open until April, after the new conservative government scrapped a plan for state-owned stores in favor of privately run shops. British Columbia on the Pacific Coast will have just one store open on Wednesday, but many more are expected to open in coming months.

Brittany Guerra, 30, shut down her illegal dispensary in Hamilton, Ontario, last month so she could open a legal store next year. She has been a pot activist for more than a decade and never thought this day would come.

“Everybody would say, ‘It’s never going to be legal, you are dreaming,’” but obviously it worked,” she said. “We do feel vindicated.”

Death sentence vacated for man who threw children off bridge

Man with grudge who drove car into mourners gets 80 years