Nothing could be further from the truth.

Last night in Bozeman, Montana, Republican Congressional candidate, Greg Gianforte was charged with misdemeanor assault after being asked questions about the new Congressional Budget Office score for the House GOP healthcare bill. An audio recording of the incident indicates things got physical when reporter Ben Jacobs of The Guardian persisted in asking questions.

It’s unclear how the incident, which led several Montana newspapers to revoke their endorsements for the Republican, might alter the race.

For the record Jacobs is not a Liberal reporter, he is not a Conservative reporter, he is a damn good reporter. In full disclosure he has been a guest twice on Florida Live with Dan Maduri, and has helped News Talk Florida on background for stories in the past.

You are more likely to see Jacobs on The Big Bang Theory, than being part of a UFC fight card. The idea that Jacobs would start a fight with anyone, let alone a candidate running for Congress is laughable.

Reporters, on both the left and the right have been the targets of hate talk, death threats and verbal abuse. The vitriol has not been aimed at just reporters, no both Liberal and Conservative talk show host have also been the targets of a segment of the population that feels the media is against them.

The media’s job is to report, to ask questions and to present their stories in as factual a manor as possible. It doesn’t matter if you are reading The Washington Post, News Talk Florida, or Breitbart, you may agree or disagree about the content of the story but no one has the right to attack someone for what they write.

If you don’t like them, don’t read them, but the media is doing their job and that does not mean they are the enemy of the state. A free and open press is what makes the United States a truly free country.

Talk Radio is not immune from the haters, who are equal in their disdain for people who do not share their beliefs. You can be Michael Savage on the right or Rachael Maddow on the left and both get plenty of hate email along with death threats.

Politicians and a small group of people on both the right and the left need to accept that the media keeps honest. If you don’t like what you read find another outlet or turn the channel, but stop demonizing the media. 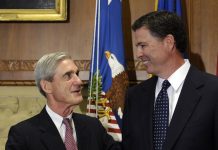 The NCAA’s Biggest Loss In Decades