The next time you play Monopoly you may not have the option of choosing the top hat, car or any other original game piece. That is because Monopoly is asking the public’s help in choosing new figurines for the game.

For the first time in the game’s 82-year existence, Monopoly is letting the public choose if they should replace all of those game pieces with something new.

Owned by toymaker Hasbro (HAS), the company launched the website VoteMonopoly.com on Tuesday to encourage internet users to choose eight new figurines (or “tokens”) to be featured in its upcoming version of the game.

Of the 64 suggestions listed, 56 options are completely new. The other eight are the original tokens.

Hasbro will be crowdsourcing the votes until January 31, and has put no limit on how many times someone can weigh in and vote. The top 8 most-voted tokens will be revealed in March and become permanent pieces to the game.

While the news is exciting it is also a little sad. There’s a big possibility that the iconic shoe and top hat get could get booted from the game. Of course the public could decide to leave the game to it’s classic pieces, and your dreams of an emoji token could be washed away.

“Over the years, we’ve allowed Monopoly fans to participate in the evolution of the game, but we’ve never before let the public pick all the tokens for the game,” said Jonathan Berkowitz, senior vice president of marketing for Hasbro Gaming, to CNN.

Back in 2013 Monopoly gave fans the chance to do a similar vote. Fans could choose which token would replace the iron game piece. A cat was the winner and has since been added to newer versions of the game.

The newest version of the game is said to hit shelves this fall and will cost about $20. Hasbro is also separately releasing a limited version called Monopoly Signature Token Collection Edition in the spring that will include all 64 tokens up for vote.

“We’re always listening to our fan base,” said Berkowitz. “They’re very engaged with the brand, especially on Facebook (FB, Tech30). We want them to continue to weigh in with ideas.”

Some pieces to choose from include a hashtag, a variety of emoji faces, a dinosaur, rubber ducky, bunny slippers, and more. 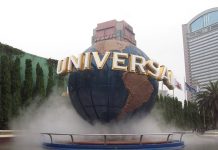