U.S. Sen. Marco Rubio, R-Fla., is reeling in support from his fellow senators for his bill to protect American technology from China and other nations.

Earlier this month, Rubio and U.S. Sen. Mark Warner, D-Va., who both sit on the Select Committee on Intelligence, unveiled a bill to “combat tech-specific threats to national security posed by foreign actors like China and ensure U.S. technological supremacy by improving interagency coordination across the U.S. government” by creating “an Office of Critical Technologies & Security at the White House responsible for coordinating across agencies and developing a long-term, whole-of-government strategy to protect against state-sponsored technology theft and risks to critical supply chains.”

Rubio and Warner announced that Republican U.S. Sens. Roy Blunt of Missouri and Susan Collins of Maine and Democrat U.S. Sens. Michael Bennet of Colorado and Chris Coons of Delaware had joined on as Senate cosponsors. Over in the U.S. House, Republican U.S. Reps. Mike Conway and Will Hurd of Texas and Democrat U.S. Reps. Jim Himes of Connecticut and Dutch Ruppersberger of Maryland are championing the companion bill.

“I thank my Senate colleagues for recognizing the importance of this legislation and the continued threat posed by Chinese government’s assault on U.S. intellectual property, U.S. businesses, and our government networks and information with the full backing of the Chinese Communist Party,” Rubio said on Tuesday. “The United States needs a more coordinated approach to directly counter this critical threat and ensure we better protect U.S. technology, and this important, bipartisan legislation will streamline efforts across the government. I look forward to working with my colleagues and the administration to enact this legislation and guard against these national security threats.”

“Our message is clear: We need a whole-of-government technology strategy to protect U.S. competitiveness in emerging and dual-use technologies and address the Chinese threat,” said Warner. “I thank Senator Bennet, Senator Blunt, Senator Coons and Senator Collins for their support of this measure, and I look forward to working with them and the Executive Branch to improve coordination and respond to this threat.” 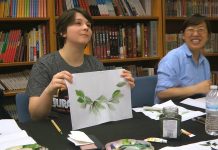 China Institutes on US Campus: Fount of Learning or Threat? 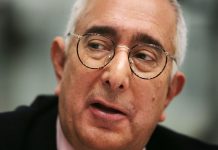