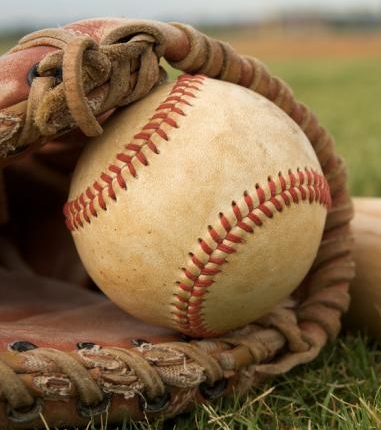 For ten years I coached Little League baseball and softball, not to mention being an umpire and serving on the local board of directors. I cannot lay claim to being the greatest coach, nor the worse. I certainly didn’t suffer under the illusion this was the big leagues, nor that my kids would go on to play pro ball, even though a handful made it to the college level. Instead, I wanted to teach the mechanics of the game (how it is played), sportsmanship, and the general love of the game. My kids are all grown up now and if I made the slightest impression on them, that I somehow shaped their perspective on the game, than I consider myself lucky. There were only two things I asked of them; that they try their hardest, and maintain their grades in school.

Baseball is a game; something you are supposed to find entertaining and rewarding. I never understood those coaches or parents who believed in winning at all costs. Some would accuse me of not being competitive enough. Sure, I wanted to see our team win, but not “at all costs”; not if it caused us to lose sight of right and wrong and a distorted sense of sportsmanship. There were coaches who would make their kids run laps if they lost a game. I guess this was designed to shame them into playing better and to teach them losing was a disgrace. Had this been some life threatening event, I may have understood their rationale. It wasn’t. It was Little League. It was a game.

Whether I was coaching boys or girls, prior to the game I would have the kids line up on our foul line, take off their caps, and recite the pledge of allegiance to the flag. It became my signature to do so. To my way of thinking, baseball is America’s game and it was my way of making the kids cognizant of not only our country but the need for fair play. When we recited the pledge, we would invite the other team to join us, as well as the parents. Most were happy to do so, but I ran into at least three coaches who steadfastly refused to have their teams participate. I thought this was strange, as did the parents of the other teams.

During practice we would spend a lot of time teaching defensive moves both in the infield and outfield. There was also a lot of batting practice. The league would also sponsor clinics in batting, pitching, catching, and umpiring. During batting practice, I would spend considerable time on bunting. Girls had no problem with it, but boys tended to resist it. Nonetheless, they learned the virtue of a good bunt and how it can win a game. There is perhaps nothing more exciting to see a bunt win a game or a stolen base. Speed was important to me. If we got on base, we made it clear we were going to challenge the arms of the other team, if for no other reason than to unnerve them.

Aside from the physical nuances of the game, we also taught the psychological aspects, such as the importance of momentum, dominance at the plate or on the mound, and how to “sell” a play to an umpire. As to the latter, we obviously didn’t want our players to cheat, but we told them an umpire has only one set of eyes and cannot possibly see everything. Therefore, it is important to do such things as showing the ball in your hand after a close play, thereby helping the umpire make up his mind for him.

One time, when we were playing defense, a player from the other team advanced to first base in a close game and we were concerned he would steal second base. From the dugout I would yell a football call, “Red 21″…”Red 21.” This confused the runner and coach who believed a secret play was in the works to throw him out. Consequently, the runner held at first and never advanced. As the inning ended, my players returned to the dugout where they asked me what “Red 21” meant. “Nothing,” I replied. It was just a smokescreen to confuse the other team. The kids thought it was a riot.

We also spent a lot of time explaining the strategy of the game, such as when to throw a pitch-out to a dangerous hitter, how a third baseman should challenge a bunt, picking-off a runner, how to keep a runner on second base, and much more. A lot of my kids, particularly the girls, learned how to keep score and came to realize the value of a well maintained scorecard.

It was also important to teach the kids to have fun. During practice we would play certain rock and roll songs with a certain beat and rhythm to teach them timing, particularly Jethro Tull, Led Zeppelin, ZZ Top, and The Who. Parents who would normally drop the kids off and leave would stay and listen to the music. It became somewhat of a social scene for the parents who would gel and become strong supporters of the team.

Now and then, when our hitting was off, we would say “Time to wake up the bats,” and drop three or four bats loudly in the dugout to get the kids to snap out of their slump. If the kids were groggy at an early Saturday morning game, which seemed to be common, we would give them sugar-sweet pixie sticks which would give them a jolt of energy to wake them up.

Little League games typically last just six innings. One time, during a night game, we were playing a team coached by a friend of mine. We concocted a little scheme with the umpire and at the end of the fifth inning, the umpire called “time,” and both teams came out of their dugouts and over to the sidelines where the parents were sitting. They looked perplexed as to what we were doing. We had the kids assemble in multiple lines in front of the parents and, on queue, we began to sing “Happy Birthday” to one of the mothers who was a local school teacher. Both the parents and the kids enjoyed the experience, and I’m sure the mom won’t forget it anytime soon.

As we live in Florida, we have a Fall league to provide additional coaching to players. Inevitably, we would play during the day on Halloween in October. For this, the coaches wore masks which looked ridiculous but broke the tension for the kids.

There were of course many other things to liven up the season, such as ice cream, pizza, and an occasional barbecue. It was important that we taught the kids to play hard both on and off the field.

I learned a lot from this experience. I met a lot of good, caring parents over the years, but more importantly I got to meet a lot of great kids and it was fun watching them grow into adulthood. It’s not important they remember me, although I will bump into one of my players now and then, but it’s more important they remember something they learned along the way, such as how to lay down a bunt, how to keep score, appreciating the difficulty of throwing a runner out at second, the importance of teamwork, or standing for the national anthem with their hand or cap over their heart. If I contributed in any way to such things, then I consider myself a successful coach. It’s not the runs scored that makes baseball a fascinating game, it’s the kids.

\Tim Bryce is a writer and the Managing Director of M&JB Investment Company (M&JB) of Palm Harbor, Florida and has over 40 years of experience in the management consulting field. He can be reached at timb1557@gmail.com