If Bill Nelson didn’t know he was in trouble before, he did when his campaign added up the depressing figures coming to light involving Hispanic voter preferences. Especially those reported this week in the National Journal.

It’s grim news for Florida’s senior senator, already trying to play catch-up in the race to hold his seat against a surging Gov. Rick Scott.

The National Journal writes that Democrats in key races around the country are underperforming with Hispanics — and nowhere is that more noticeable, or more important, than right here in Florida.

In this perennial battleground state, the Nelson-Scott race is Florida’s marquee event. It’s on the national stage. At the moment, certainly, it looks like Scott’s standing with Hispanic voters is keeping him competitive despite the difficult political environment for Republicans.

Democrats were banking on President Trump’s unpopularity among Hispanics to carry the day for Nelson.

But, as the Journal’s story points out, two recently-released polls show Scott, a longtime Trump ally, tallying noticeably higher popularity scores than the president in Florida. One poll, conducted by CBS News, shows Nelson only leading by one point among Hispanics (37-36 percent) while an NBC/Marist survey (taken June 17-June 21) showed Nelson with a 10-point lead (52-42 percent) with the demographic. Either outcome shows Scott significantly outperforming Trump, who lost the Hispanic vote in Florida by a whopping 27 points in 2016 (and still carried the state). 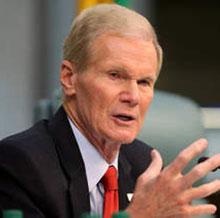 Democrats had been optimistic that a wave of these new voters in the wake of Hurricane Maria would give them an advantage for the midterms. But, as a number of Puerto Rican officials pointed out at last week’s RPOF Sunshine Summit in Orlando, Scott’s frequent travel to the island and his campaign’s aggressive Spanish-language television advertising, and good things he’s done for the island, has kept them in play.

State Rep. Bob Cortes, R-Altamonte Springs, summarized some of those “good things” during the Summit, including opening Florida schools to automatic student transfers from Puerto Rico, making the state a staging center for relief aid, opening welcome centers at the Miami and Orlando airports, and “welcoming people with open arms.”

Cortes said that led to close partnerships between Scott’s administration and Puerto Rico officials. And as a result, the two governments, he said, have “formed a bond that is inseparable. We work together for the good of both Puerto Rico and Florida.”

Down in South Florida, one of the few Republicans to represent a majority-Hispanic district is also showing his resilience. In a recent Democratic survey conducted in his district, Carlos Curbelo produced a solid 42-27 favorability score, with 48 percent of voters approving of Trump’s job performance. While 42 percent is hardly overwhelming, Clinton won this district by 16 points. So, if anything, these results suggest Trump has gained ground with the district’s substantial Cuban-American community since becoming president — something that dashes the Democrats’ strategy.

No doubt Nelson has noticed: Time runs out fast when every day you wake up and you’re further behind.

Taryn Fenske, Florida communications director for the Republican National Committee, contributed to this commentary. Reach Nancy Smith at nsmith@sunshinestatenews.com or at 228-282-2423. Twitter: @NancyLBSmith

Trump Seals the Deal for DeSantis at Tampa Rally