CNN has come under fire during the Trump Administration as a frequent target for the president’s ire at what he dubs “fake news.”  The cable network, a pioneer in television news, has few conservative voices, but one stands out in frequent political contributor Steve Cortes.  On the Chris Ingram Show on Wednesday, Steve talked about his experience as a dissenting voice against the frequently liberal political commentary that has taken root.

While Chris Ingram notes that at times it can feel as though certain media outlets are “out to get” President Trump and conservatives in general, Cortes gives CNN its credit for giving time to some conservative voices. He notes that he appears on the channel just about every night to suggest some ways that the ever-controversial President Trump has been doing exactly what he set out to do.

Immigration is the topic of the day, of course, with the news filled with stories about families being separated during deportation proceedings, and President Trump’s recent order aimed at keeping families together even during his administration’s crackdown on illegal immigration.  Cortes shares his views on the separation of children from their families in cases of illegal immigration, as well as his feelings on immigration in general as it relates to the administration’s stances.

Cortes, both on Ingram’s show and in his many CNN appearances, offers a reminder that it is critical not to get into a political bubble and only listen to commentary that is agreeable.  The value of learning where somebody else comes from in a political debate, and seeing some merit in their argument, is critical to advancing any real political discussion, and in Washington it is necessary for progress on any agenda.  The full interview is below.

Listen to the Chris Ingram Show, weekday mornings from 10 to Noon on News Talk 820 Tampa Bay and 98.3 FM Pinellas County. 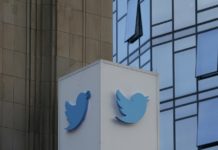