Gov. Rick Scott today signed a school safety and gun control bill that came in the wake of the Parkland shootings that killed 17 at Marjory Stoneman Douglas High School. While it is not the bill he wanted it is the first gun control measures passed in Florida in the past 20 years.

Scott’s announcement came two days after the Florida House approved a bill in response to Florida’s third mass shooting since 2016 with a close 67-50 vote.

The law comes with a very controversial provision that includes language on procedures that would allow some teachers and staff to carry guns on campus dubbed the “guardian plan.”

It also imposes a three-day waiting period for any gun purchase and raises the minimum legal age for buying all guns in Florida from 18 to 21.

The new laws on an extended waiting period along with the raising of the age to buy guns in the state was strongly opposed by the National Rifle Association who lobbied hard against the bill.

Scott said he is still “not persuaded” about the guardian program. Something that Sen. Marco Rubio had said he opposed during a CNN Town Hall meeting in February.

“I’m glad, however, the plan in this bill is not mandatory,” he said, adding that the program will be up to local officials to implement. “If counties don’t want to do this, they can simply say no.”

He said he’s signing the legislation because it makes schools safer. He singled out two fathers whose children were killed, saying that they walked the halls of the Legislature since the shooting to enact change.

Before Gov. Scott signed the bill into law today there was a preemptive move by school systems around Florida on the Guardian Plan to arm school employees.

Florida’s ten largest school district’s including Hillsborough, Pinellas, Manatee, and Pasco are on record saying they will not be part of the program. At this point, over 60 percent of the schools in the state will not the guardian plan in place.

“Obviously, this is what we’ve been fighting for. It’s nowhere near the long-term solution,” said Chris Grady, a senior at Marjory Stoneman Douglas High School and one of the organizers of the March for Life later this month in Washington, D.C. “It’s a baby step, but a huge step at the same time. Florida hasn’t passed any legislation like this in God knows how long. It’s nowhere near what we want, but it’s progress and uplifting to see.”

What is in the bill – 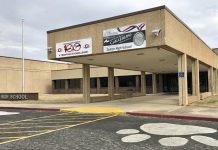 Teacher Barricades Himself In Class, Fires Gun; No One Hurt 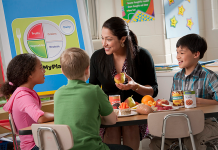 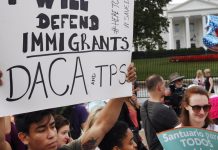