Oklahoma state Senator Shane Jett has proposed legislation to prohibit the teaching of so-called Social Emotional Learning (SEL) in K-12 public schools. The Oklahoma State Department of Education (DOE) is using the seemingly nice sounding name “Social and Emotional Learning” to implement the curriculum as a loophole in a state law that restricts teaching concepts like CRT, according to Jett.

Jett believes his bill, if passed, would shut that loophole and keep SEL out of public schools.

“Once my eyes were open to SEL bypassing CRT and additionally bringing in this gender chaos ideology, that was the impetus for me writing the SEL bill,” Jett told the Daily Caller News Foundation.

“CRT was the buzzword for last year, SEL is its wicked woke stepsister that’s basically a good sounding name to bring in Marxist brainwashing ideology into the classroom,” he added. “We don’t want our kids brainwashed, we don’t want our kids taught to be racist and we certainly don’t want them to be taught Marxist ideology.”https://5a417975d2a88baaa0b13af8e49f020c.safeframe.googlesyndication.com/safeframe/1-0-38/html/container.html

Jett believes the effort to implement SEL is being pushed from the top down, starting with the Oklahoma DOE. The DOE currently promotes SEL materials on its website, which contains links to resources such as the “Hate Crimes Prevention Center.”

However, this link leads to The Leadership Conference on Civil and Human Rights (LCCHR), which claims that “hate is on the rise” due to attacks targeting “immigrants, communities of color, and religious minorities … under the Trump administration’s watch.”

Hofmeister was a Republican until last year when she announced a 2022 gubernatorial run as a Democrat, Tulsa World reported. (RELATED: District Reinstates Superintendent Accused Of Assaulting His Pregnant Mistress After She Refused To Get An Abortion) 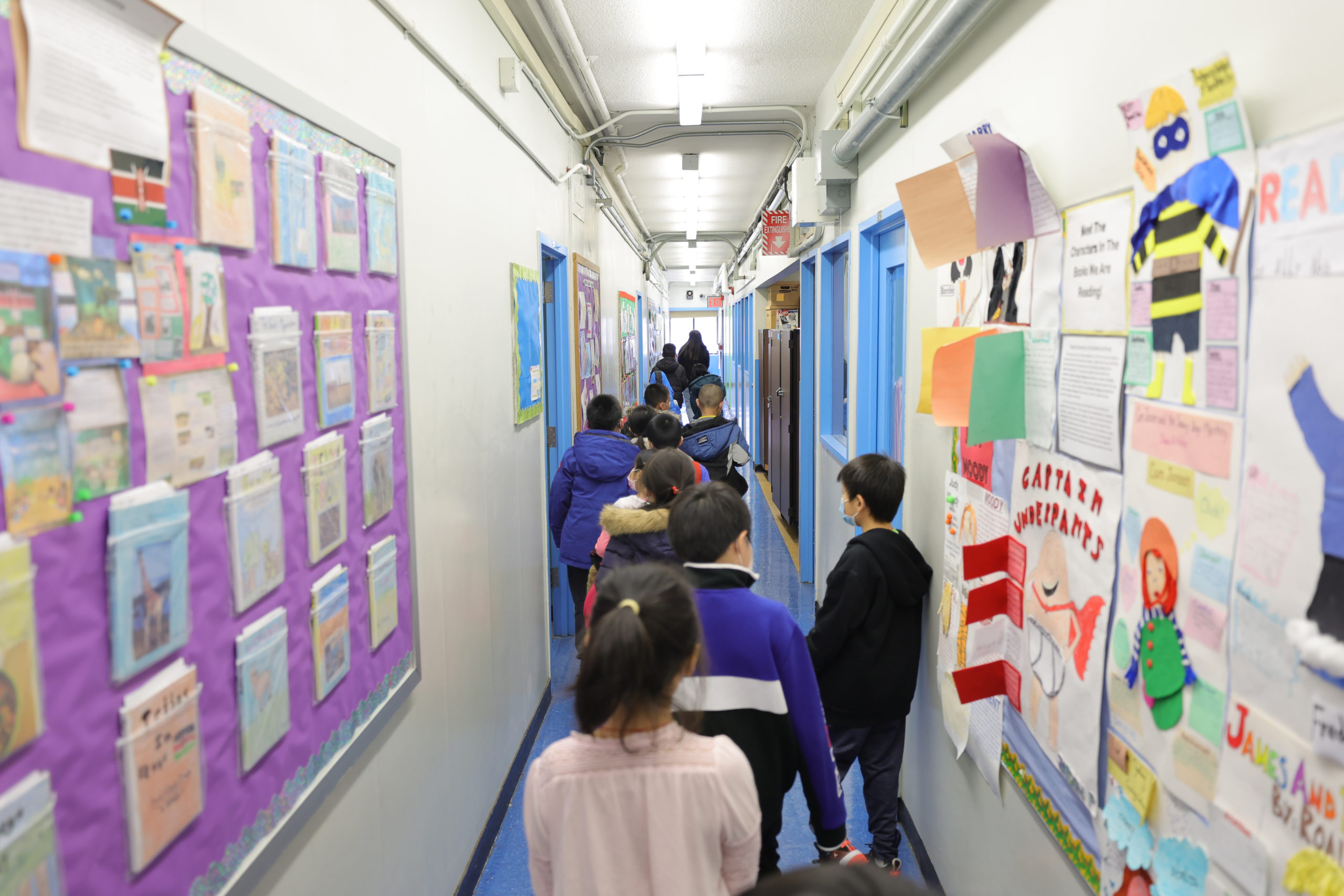 Students are led to their classroom on March 07, 2022 in New York City. (Photo by Michael Loccisano/Getty Images)

Jett said his constituents have expressed concern about public schools and the indoctrination of children in the classroom.

He spoke of one parent in his district who said her daughter’s SEL coursework taught her that because of “institutional racism,” she would “get an incrementally higher grade” because she’s white.

“The mother didn’t know what SEL was,” but the name itself fools many parents because it “sounds really sweet,” Jett said. “It became very apparent to me that SEL was a great sounding name” used as a vector to introduce gender ideology, he added.

Jett said that by sexualizing kids in the classroom, they’re using SEL as a conduit to bypass state law, which restricts “any form of mandatory gender or sexual diversity training or counseling.” (RELATED: Wisconsin School District Claims White Students Can’t Be Discriminated Against)

Another way SEL is implemented is through student surveys that have been criticized for asking young students personal questions about their home life, sexual encounters, suicide attempts and substance and alcohol use to collect data about community demographics and student mindset.

“It’s basically a psychological conduit” used by “teachers [who] are not trained to be psychologists or therapists” to “administer surveys, apply psychological manipulation, according to a woke ideology in the classroom and then measure to see how effective their work is,” Jett said.

Jett said SEL is “not a tenet of Critical Race Theory,” but rather CRT and other “woke ideology” are “taught through the SEL platform,” with the goal of “changing the minds of young people.”