Republicans who bought a ticket to the first Ron DeSantis-Adam Putnam GOP gubernatorial debate — among the Florida party’s most committed members —  said afterward they weren’t sorry they did. The Sunshine Summit had provided them the opportunity of a lifetime. But many also insisted the questions from FOX News during the nationally televised debate should have focused more on Florida issues.

“I guess the moderators (Martha MacCallum and Bret Baier) figured people watching in Iowa or Oregon would be bored hearing about the algae in our estuaries or the candidates’ plans for failing schools,” said Myrna Franklin, a retired school teacher from South Florida. “I understand that. But I think talking about the things Washington needs to fix gave the edge to Ron DeSantis. That’s his comfort zone.

“Of course, I’m glad they both support the president’s policies,” she added. “I just wanted to hear more about what they would do for Florida, which the questions didn’t allow.”

Franklin was one of hundreds of the 1,000 ticketholders who milled around outside the Gaylord Palms’ Osceola Ballroom afterward, huddling in small groups, sharing their thoughts.

There were common themes running through the halls at the Orlando hotel’s convention center:

1. Either candidate can beat the Democratic opposition.

2. The debate didn’t change many minds among these Republicans.

3. Either candidate would keep Florida’s fiscally conservative streak alive in the Governor’s Mansion.

Sunshine State News asked a number of Republicans to talk about their impressions of the event. Here’s a sampling of their responses: 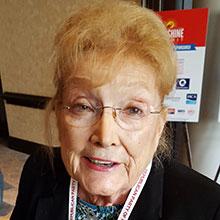 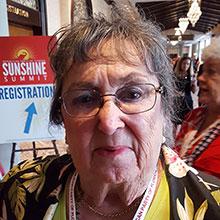 Carol Carter, Naples. “This was a great debate but very difficult to decide who won. The questions were a little more geared to a national audience than a Florida audience, yet it still showed there is a distinct difference between the two men in their understanding of state issues.”

Dave Ramba, lobbyist and Leon County committeeman. “I don’t think this changed anybody’s mind. The questions should have been a little more Florida focused. … I’m surprised the moderators didn’t bring up the delay we have now in getting a legal immigrant work force out. Now everybody has to go through a lottery for a work force.” Ramba was referring to DeSantis’ statement that 650,000 illegal workers should be sent home so Americans could fill the jobs. 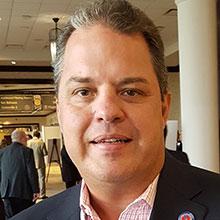 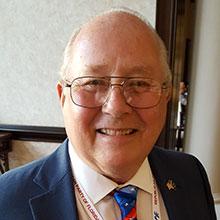 Bill Akins, Port Charlotte, candidate for the congressional seat Tom Rooney is vacating in District 17. “I’m one of the few who hadn’t made my mind up until this I saw this debate. There are too many issues Adam Putnam has done nothing about. Red tide is a big issue, our beaches are very important. Why hasn’t he fixed those? I have a feeling DeSantis would get the job done and I think that’s the direction I’m going in now.” 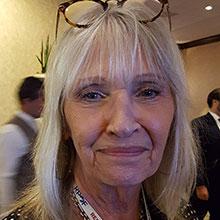 Carole Hayes, Gotha, Orange County. “This wasn’t my first chance to see and hear both candidates together, yet I haven’t made up mind. We’re so fortunate to have two good candidates here. Both have their strengths. But my big issues are Common Core and pro-life, and I think I’m leaning toward DeSantis.” 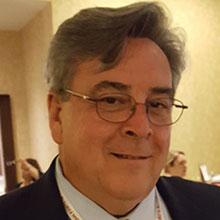 Bob Sutton, Coral Springs, Broward County. “I know both these men and they’re both well qualified. It’s going to be a tough race. You’ll find large support for DeSantis among the most active Republicans — they’re the Trump people. But you can tell Adam has more understanding of Florida issues.” 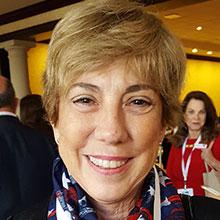 Sondra Moylan, Citrus County. “I must say, I was very impressed with DeSantis. He was more concise, he didn’t hedge, and frankly, he surprised me pleasantly.” 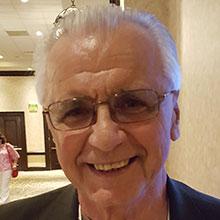 George R. Jackow, Kissimmee in Osceola County. “I wasn’t surprised by anything. I liked the give and take in this debate. But I admit, I like candidates who conduct grass roots campaigns, who go into the community and knock on doors. That’s why I like Adam. You have to know the state — this job is governor of the state of Florida. Plus, he probably has a better chance to win in the general election. He’s a fourth generation Floridian who talks about the need for voc-tech schools, not just colleges. … This is what we need in Florida, and I know he’ll see things through.”

Earlier in the day, Republican Party of Florida Chairman Blaise Ingoglia said he was proud to be offering Florida a high-profile candidate debate. “Some of our party leaders are looking ahead to get a handle on who our nominee will be,” Ingoglia said. “This debate is going to help.”