MIAMI (AP) — Health insurer Centene announced plans Tuesday to expand into more Affordable Care Act insurance exchanges for next year, at a time when competitors are either pulling back from those markets or proposing steep price hikes to remain. It was good news for patients in Florida who have their insurance through the Affordable Care Act.

The insurer said it will start offering coverage on exchanges in Missouri, Kansas and Nevada. It also will expand its presence in Ohio, Texas and Washington, among other states.

A Centene spokeswoman said that the company wouldn’t have details on where it will expand in those states until regulators review its plans.

This growth spurt could fill some big holes that have developed in the exchanges, the only place where people can buy individual coverage with help from an income-based tax credit. Currently, 25 counties in Missouri, 20 in Ohio and another two in Washington have no insurers lined up to sell coverage on the exchange in 2018.

Big national insurers such as Humana and Aetna have shuttered their exchange businesses for next year. President Donald Trump’s administration has highlighted the thinning options that remain in many markets as congressional Republicans devise a potential replacement for the Affordable Care Act.

Many insurers have been hit with steep losses by their exchange business since it started in 2014. But they’ve also been pulling back from this market or raising prices because of the uncertain future of billions of dollars in government funding that helps reduce some coverage expenses for people with modest incomes. President Donald Trump has talked about potentially stopping the payments, and insurers want a guarantee that they will last through next year.

Centene Chairman and CEO Michael Neidorff said earlier this year he didn’t think the government will stop those payments.

Centene Corp. covers 1.2 million customers through the exchanges and is one of the biggest insurers in that market. It said earlier this year that it was planning to return in 2018, but it has not detailed what prices it will charge.

Analysts have said Centene does well on the exchanges because it sticks to customers it knows. The insurer specializes in managing the state and federally funded Medicaid program for the poor.

On the exchanges, it markets to low-income customers in areas where it has already formed networks of providers for its Medicaid business.

That means the insurer doesn’t have to build from scratch doctor networks for its exchange business. It also means Centene generally serves customers who get big subsidies that can shield them from price hikes.

The company said Tuesday that 90 percent of its customers are eligible for subsidies.

St. Louis-based Centene also benefits from repeat business. Most of its customers this year were renewals from 2016, which makes it easier for an insurer to figure out prices.

Aside from Centene, insurers in several other states also have indicated that they are eyeing a return to the exchanges for next year. That includes Blue Cross-Blue Shield plans in Illinois, Kansas, Alabama and Texas.

Other big insurers such as Anthem Inc., which sells Blue Cross-Blue Shield coverage in California and New York, have not ironed out all their 2018 plans.

Companies still have several weeks in which they can decide to return to a market, back out or reverse a decision if their business takes a bad turn or government funding stops. 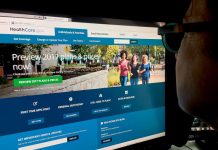 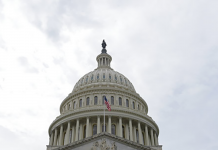 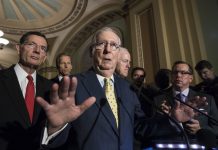