There are a little over one million former residents of the United Kingdom that live in the state of Florida and countless thousands who visit the state as tourists . Many of them woke up this morning to hear about the terrorist that happened last night in the city of Manchester. Attempts by News Talk Florida to get comments from either the British Consulate in Orlando or Miami have for the moment have gone in answered.

Meanwhile, the worlds focus remains on Manchester where results of a terrorist attack after a concert performance by Ariana Grande were being processed. 22 people are dead and another 50 injured as a terrorist with a crude bomb detonated it in the lobby of the arena as the concert goes made their way out of the venue.

The man who carried out the attack was himself killed in the bombing and as of this morning Manchester police are holding a 23 year old man in custody, who they called a person of interest. Also this morning ISIS claimed responsibility for the concert attack.

Many of the dead and injured were young girls and their mothers who had gone out on Spring evening to hear their favorite star perform with her trademark kitten ears. As the teens and their parents fled the concert hall after the blast, some were actually wearing their own pair of the kitten ears and holding pink balloons as they fled.

As you might expect the terrorist attack drew sharp condemnation from world leaders. British Prime Minister Theresa May said Manchester had fallen victim to “a callous terrorist attack.”

“We struggle to comprehend the warped and twisted mind that sees a room packed with young children not as a scene to cherish but as an opportunity for carnage,” she said.

Meanwhile, President Donald Trump, who was Israel at the time was also quick to condemn the attack. The president slammed those behind the Manchester attack as “evil losers” and reiterated his call to drive out terrorists.

“I extend my deepest condolences to those so terribly injured in this terrorist attack and to the many killed and the families, so many families, of the victims. We stand in absolute solidarity with the people of the United Kingdom,” Trump said, in his first comment on the Monday night attack at a concert Manchester, England 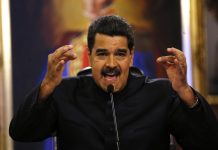 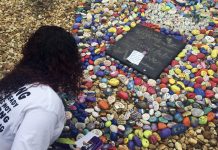 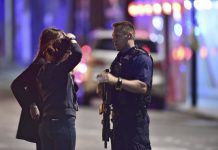 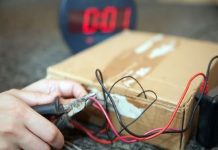 Tampa Neo-Nazi group had the ingredients for a terror attack