TAMPA — As former FBI Director James Comey testifies on Capitol Hill, News Talk Florida will have total coverage. Florida State Senator Darryl Rouson and political strategist Barry Edwards, will be in the air chairs at our flagship station WWBA-AM 820 anchoring the coverage on Florida Live airing from 3 p.m. to 6 p.m. filling in for the vacationing Dan Maduri, the rest of the week.

The duo will be taking calls and commenting on the Comey testimony along with all the issues of the day in Washington and Tallahassee. The show will also air on News Talk Florida’s outlet WIXC – AM 1060 in the Melbourne-Cocoa market.

“We are excited to have Florida State Senator Darryl Rouson as our guest host while Dan is on vacation,” said Steve Kyler, Director of Content, Genesis Communications. “He is well known in the Central Florida area and will bring an insider point of view to our politically charged programming.”

Rouson is a Democrat who has represented the 19th district that includes parts of Pinellas and Hillsborough Counties. He previously served four terms in the Florida House of Representatives. During his most recent term in the state legislature, Representative Rouson passed several bills including his Juvenile Civil Citation bill which gives police officers the discretion to issue juveniles a citation for three separate misdemeanors and the Backyard Gun Range bill which bans recreational shooting in densely residential areas.

As per his website, Edwards, who received his B.A. from Florida State University, is a political consultant and political strategist, located in St Petersburg, FL. He is a former finance and trustee director of the Florida Democratic Party. He is also a veteran of several high-profile statewide races working for both the House and Senate Victory Caucus, Education Commissioner Betty Castor, Cong. Dan Mica, Cong. Lois Frankel and the Clinton 96 re-election campaign. He is also a frequent lecturer before political and civic groups and has taught applied politics and issue advocacy in universities across the country. Edwards has extensive policy experience being the aide to Sen. Jeanne Malchon who wrote the first “Clean Indoor Air Act” and Florida’s first “Right to Know Law,” both of which became legislative models across the country. 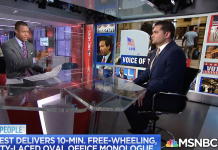 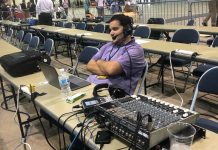 Dan Maduri to Appear On ABC 7 News At 7