Could Florida casinos be part of the betting on sports business in 2018?

Presently betting on sports is legal in Nevada and more narrow gaming is allowed in both Deleware and Oregon but that could change in June when the U.S. Supreme Court rules on a case that could open things up to a large number of states. The Sunshine State could be one of those states.

Since the Florida casinos are owned by native Indian Tribes they would stand a good chance of making the cut if Florida passed the law and the Supreme Court ruled in favor of the opening gaming up to areas outside of Nevada.  The Miccosukee Tribe of Indians of Florida owns and operates one casino, the Miccosukee Resort & Gaming in Miami. The Seminole Tribe of Florida owns and operates seven casinos located in Clewiston, Coconut Creek, Hollywood, Immokalee, Okeechobee, and Tampa.

According to the Associated Press – The U.S. Supreme Court this year will decide a case brought by New Jersey that seeks to overturn a ban on sports betting in all but four states: Delaware, Montana, Nevada, and Oregon. A favorable ruling, in that case, could open the floodgates in terms of states adopting a new form of gambling.

“Assuming a Supreme Court decision or action by Congress permits it, we could see the largest simultaneous expansion of regulated gambling in U.S. history with sports betting in 2018,” said Chris Grove, the managing director for Eilers & Krejcik Gaming,

The court is expected by June to decide New Jersey’s case, which seeks to overturn a ban on sports betting by any state that did not meet a 1991 deadline to legalize it. States and private companies in the U.S. and abroad are already moving quickly to position themselves for a favorable ruling.

With states across the nation looking for new sources of revenue the adding or expanding gambling is seen as an attractive option for many. While not vouching for the political likelihood of any particular state adopting gambling legislation, David Schwartz, director of the Center for Gaming research at the University of Nevada Las Vegas, said the predictions are “definitely in line with the historical trend of states turning more to gambling.”

Sports betting is seen as most likely to be offered through commercial and tribal casinos, or state lotteries. Some analysts and industry observers also feel that a Supreme Court ruling legalizing sports betting nationwide would prompt a rapid expansion of internet betting, as states will move to allow it to be offered online.

The quotes in this story were provided by the Associated Press. 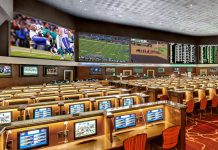 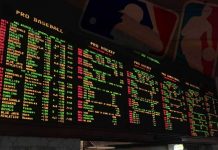