RALEIGH, N.C. (AP) — A rarely applied experiment in education enabling companies to host taxpayer-funded charter schools for their employees’ children may be about to spread.

Florida is the only state bringing business-backed charter schools to work sites so far. The first launched in 1999, across the street from the Ryder truck rental company’s headquarters near Miami.

Louisiana and Connecticut laws also encourage these charters. Louisiana’s first school, partly financed by a hospital, is slated to open next year. And now North Carolina lawmakers are weighing a law copied from Louisiana’s.

Workplace charter schools have been slow to catch on because they don’t offer clear returns for company investment or benefits to employees who would enroll their children, said Samuel Abrams, director of the National Center for the Study of Privatization in Education at Columbia University.

On-site preschools are embraced by workers because they can drop in during breaks and check on their young children, alleviating worries about the quality of care, Abrams said. But higher grades are less likely to welcome impromptu parental visits, he said, and parents must coordinate their work days with their child’s schedule.

“If you play this out, it’s not that practical,” Abrams said. “Jumping into a car with your kid in the morning to go to a corporate campus where you have a charter school, I don’t think is necessarily what most people want.”

On the other hand, cash-strapped state governments are happy for corporate financial help outfitting schoolhouses, Abrams said, and the for-profit companies that operate about 10 percent of U.S. charter schools would favor expanding their market for contracts.

An education researcher who is one of the few to study workplace charter schools, Richard Seder, said he had thought they’d multiply in states where growth is squeezing classroom space. But that hasn’t happened. His guess: companies want to stay out of the debate over whether charters undercut traditional public education.

“Businesses want to kind of stay neutral in their communities and the general environment,” said Seder, now a consultant in Honolulu.

Ryder ended its charter school relationship after moving to a new headquarters campus in 2005, and this month, JFK Medical Center in Lake Worth, Florida, is ending its affiliation with a charter school it helped found and then backed for 15 years.

“When we entered into this partnership, there were not many charter schools in Palm Beach County and this partnership allowed for an additional choice for JFK employees,” hospital spokeswoman Lisa Gardi wrote in an email. But she said the school no longer aligns with the hospital’s core mission of delivering health care.

The JFK-affiliated school’s classrooms initially were heavily populated with the children of the hospital’s doctors, nurses and other professional staff, said principal Sharon Hench. But she said the hospital employees’ interest declined as other charter schools opened in the area and the JFK-affiliated enrollment fell to about a third, many of them children of the hospital’s blue-collar workers. Locals now fill the rest, Hench said.

That leaves just one workplace charter school in Florida: It serves the children of employees of The Villages, a retirement community in central Florida that is a small city unto itself. The pre-school through high school operation enrolls more than 3,100 students.

Other states are moving forward with the idea, even as Florida retreats.

The Woman’s Hospital in Baton Rouge, Louisiana, just landed school board permission to open a workplace charter next year, with the right to reserve half the seats for its employees’ children. But this decision is more about real estate strategy than employee benefits: A school is key to the hospital’s plans to develop a community on about 200 acres it owns around its five-year-old medical campus.

“A school was always a part of that, and a charter school just happened to be how it looks like that school need is going to get met,” said Stan Shelton, the hospital’s vice president for planning and construction. “I really can’t imagine that we’ll have enough of our employees that are at the right stage of their life, their kids are the right ages, and the fit is appropriate for us to account for 50 percent of the enrollment.”

The North Carolina legislation, modeled on Louisiana’s, would allow corporations to reserve half the seats in taxpayer-funded charter schools they help build or equip. Since existing rules allow a charter school’s employees and board members to claim places for their children, the general public could be left to about one in three seats.

Like many other states, North Carolina doesn’t allow taxpayer money to be used to provide the start-ups with a schoolhouse, limiting charter expansion. Stepping in with construction help have been funds assembled by hedge funds, tennis legend Andre Agassi and Microsoft founder Bill Gates’ foundation. Some states, including Louisiana and Florida, have public entities that issue tax-free bonds and loan construction money to charter-school companies.

No companies have yet expressed interest in getting a North Carolina charter school off the ground for their workers, Bradford said, but he remains optimistic.

“This could be an economic development tool,” said Bradford, whose children attend and wife works at charter schools.

Charter School Amendment Is Booted off the Ballot, but Appeal Is Likely 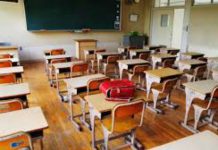 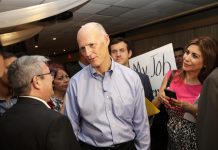