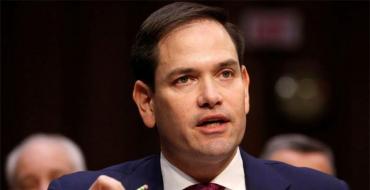 With the federal shutdown over–for at least three weeks–members of the Florida congressional delegation weighed in on the aftermath.

U.S. Sen. Marco Rubio, R-Fla., took to the national airwaves to offer his take on the temporary break as Congress looks ahead to February and the next budget fight.

“I don’t think shutdowns are good leverage,” Rubio said on CNN’s “State of the Union” on Sunday morning. “It’s a lesson I’ve certainly learned in my time here. There’s been two shutdowns since the time I’ve been here and the aggressor in neither one was the winner. I think it’s important to separate the tactics from the goal and the policy aim, and what the president wants is not unreasonable. It’s a fraction of what Democrats have voted for in the past.

“And more importantly, I think at least for me, achieving border security is the key that unlocks the door to doing other things on immigration that he’s expressed a willingness to do — the extension of TPS and dealing with the DACA population. I’ve believe he’s willing to go even further and do something reasonable with people who have been here a long time unlawfully who are not criminals. But all of that is being held up by the inability to get an agreement on border security, which the President campaigned on. So I hope people will separate the tactics from the policy because I think the policy is reasonable and solid,” Rubio added. “We shouldn’t be trading border security for anything because it’s something we’re all for. If you’re for something and I’m for something why do we need to barter and negotiate over it. The second part of it, they don’t have to leverage the President on what to do with people on DACA or TPS because he’s already expressed a willingness to do things on that. And I think people will be surprised at how much this White House is willing to do. Maybe not as far as the Democrats want to go, but how much certainty they’re willing to provide people under DACA, under TPS, people who have been here for a long time who aren’t criminals … if the president can get his primary promise, which should be something we all share, and that is that we want to protect our borders in a way that’s effective.”

Rubio sounded a similar note when he appeared on NBC’s “Meet the Press” on Sunday.

“Hopefully it teaches everyone that shutdowns are not good leverage for any negotiation. I think it’s good to separate tactics from the policy aims here,” Rubio said. “There’s some missed opportunities in all of this. We could have had an extension of TPS, which is a huge issue for people here in Florida for the Haitian community. We could have had a three year extension on that. We could have had people on DACA that could have had three years of certainty – and that’s better than what they face right now. They’re waiting on a court ruling and what the administration is going to do.”

U.S. Rep. Matt Gaetz, R-Fla., one of President Donald Trump’s top allies on Capitol Hill, tried to turn the focus on U.S. House Speaker Nancy Pelosi, D-Calif., and called on her to back the president’s call for a wall on the southern border.

“As speaker of the House, Nancy Pelosi has an obligation to Congress and the American people to come to the table and negotiate with President Trump. President Trump’s decision today to approve stopgap funding for the government was a deal made in good faith and shows he takes the concerns of our national security seriously. Now Speaker Pelosi must do the same,” Gaetz insisted on Friday.  “I call on Speaker Pelosi today to quickly and immediately bring a comprehensive border security package before the House for a vote. The safety of American citizens is not, and should not be, a partisan issue. Speaker Pelosi, you have three weeks to develop bipartisan legislation to enhance America’s border security. If you fail, or renege on the deal, I call on President Trump to build the wall using the powers granted to the Executive Branch. Madam Speaker, don’t let America down.”

“I congratulate President Trump for his leadership in ending the government shutdown so federal employees, especially the dedicated men and women serving in the Coast Guard and the Transportation Security Administration, will get paid. We thank them for their patience, and most of all, their dedication and service to our country,” said U.S. Rep. Ted Yoho, R-Fla. “President Trump did what was right by America. He will negotiate with enough common-sense Democrats to achieve the border security we need. This will include funding for a border wall, as needed, and to keep the government operating for the American people.  My colleagues and I are ready and willing to work with President Trump to accomplish these national priorities.”

Democrats from the Sunshine State also weighed in on Friday after Trump agreed to sign a budget despite not getting his wall funded.

“I am pleased that we have reached an agreement to end this 35-day government shutdown, the longest in U.S. history,” said U.S. Rep. Al Lawson, D-Fla.. “This partial shutdown has been felt across our nation and caused significant damage to America’s families, businesses and economy. We should never use our federal employees as a bargaining tool, which is why I gave up my own pay until the government reopened and all 800,000 employees were paid. While I am encouraged by the progress announced today, this is only a temporary solution. It is my hope that in these next three weeks, we can work across party lines to provide smart and effective border security measures that are in the best interest of the American people.”

“After 35 days, I’m pleased that the president finally withdrew from his reckless position and decided to re-open the government for now,” said U.S. Rep. Debbie Mucarsel-Powell, D-Fla. “I will always be for strong, smart, and cost-effective border security. I hope that we can engage in constructive debates about the issues we were elected to tackle, and that federal workers’ paychecks aren’t held hostage over a policy difference in the future. We cannot govern from one manufactured crisis to the next, and I hope Republicans agree to long-term funding measures to avoid another similar situation.”

“The shutdown was irresponsible, causing harm to millions of Americans in the public and private sectors, damaging our economy, and weakening our safety and security. I strongly support border security, but holding the federal government hostage to push a specific policy proposal was inappropriate and not how our democracy should work. I look forward to discussing enhanced border security proposals in the coming weeks and will continue pressing for passage of legislation to fully fund our government for the remainder of the fiscal year, preventing another shutdown,” said U.S. Rep. Charlie Crist, D-Fla.

“President Trump just put 800,000 families through economic anguish for 35 days, only to cave and admit the obvious: negotiations on border security should occur when the government is open, workers get paid, and the public is protected,” said U.S. Rep. Debbie Wasserman Schultz, D-Fla. “I’m heartbroken that so many people had to endure such serious hardship before the president and Senate Republicans grudgingly acknowledged a solution Democrats had offered more than a month ago.

“Once Congress passes this legislation and Trump signs it, Democrats will work across the aisle for robust, truly effective border security solutions that respect our nation’s values. President Trump’s threat to declare a national emergency if he doesn’t get his wall in three weeks, isn’t going to work to get his way any better than the unnecessary shutdown did. Going forward, we should pursue the shared goal of truly effective border security and ensure that Americans never suffer like this again,” Wasserman Schultz added. 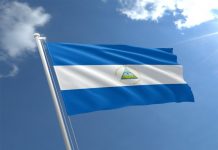 Florida Delegation Backs Sanctions on the Ortega Regime in Nicaragua