This morning there is plenty to review when it comes to the Sunday morning headlines.

FOLLY BEACH, S.C. (AP) — Authorities say a shark bit a surfer’s foot while she was coming to shore on Folly Beach.

According to the International Shark Attack File, there were 53 confirmed unprovoked shark attacks in the United States last year. Florida accounted for most of those with 32 bites. Two bites were recorded in South Carolina and three in North Carolina.

The shark attack database is owned by the Smithsonian and housed at the University of Florida.

Meanwhile, back in South Carolina local media outlets report a shark bit the left heel of a 36-year-old woman about 11 a.m. Saturday while she was on her surf board.

For the record New Smyrna Beach is the most dangerous beach in the world when it comes to swimming with the sharks. The good news is most of the time the injuries to the swimmers are not fatal. But being number one is not the best thing when it comes The 5 Most Dangerous Shark Beaches in the World.

A judge in Panama City sentenced 36-year-old Lewis Jones III on Thursday to 32 years in federal prison for taking part in the robberies across Florida, Georgia, Tennessee and the Carolinas.

The News Herald (http://bit.ly/2pG8uBC ) reports Jones could have faced life in prison for his convictions, but District Judge Robert Hinkle said he thinks the sentence is “sufficient.”

Jones, along with brothers Larry and Michael Gilmore, were convicted on conspiracy charges connected to the robberies. All three men are from Atlanta. Abigail Kemp, who testified she was recruited to carry out robberies, pleaded guilty and was sentenced to 10 years. The Gilmores each received 32-year sentences.

HOLLYWOOD, Fla. (AP) — Police say a 48-year-old Florida man used a pipe wrench to beat his pregnant wife to death in front of their four children after an argument over whether the baby was his.

A police report says Sejour told officers he killed his wife during an argument after his wife put her boyfriend on speaker phone. He told Sejour that Joseph was pregnant with his child.

Officers found Marie Carmel Joseph lifeless on a bed inside the home. Officers said the 17-year-old daughter was shaking her mother’s body as the other children – ages 14, 12 and 4 – were nearby.

Sejour is charged with first-degree murder. A lawyer isn’t listed on records.

TALLAHASSEE, Fla. (AP) — Florida’s public schools will get only a small increase in money for day-to-day operations under an agreement worked out by state legislators.

House and Senate budget negotiators on Friday agreed to increase regular public school spending by $241 million. That amounts to about a 1.2 percent increase in money for each student.

Republicans have defended the small increase by pointing out that they are setting aside money in other education programs, such as one aimed at helping students in failing schools, or giving bonuses to select teachers.

FREEHOLD, N.J. (AP) — A convicted pedophile who used the messaging service on his Xbox to solicit nude photos from four boys in three states is heading to prison.

Prosecutors say Wolchesky contacted victims in Massachusetts, North Carolina and Florida in 2008 and 2009 when they were between 10 and 15 years old. He used the gaming console’s message feature and asked them to send naked photos and engage in sex acts.

Wolchesky acted as his own attorney and argued that he had the boys’ consent. He has defended the abuse as an act of civil disobedience to advance the cause of pedophilia.

Video is from Top 5 Trending 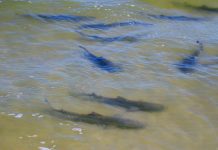 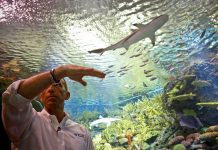 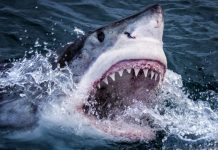 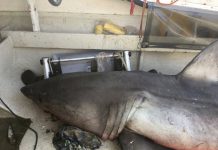 Shark leaps into boat and lands on Australian fisherman

Colin Powell was s statesman who found a way to be...