A school bulletin board for a Rhode Island private school encouraged students to write letters to politicians expressing opposition to what administrators called the state’s own version of Florida’s “Don’t Say Gay” bill, according to a report from Parents Defending Education. 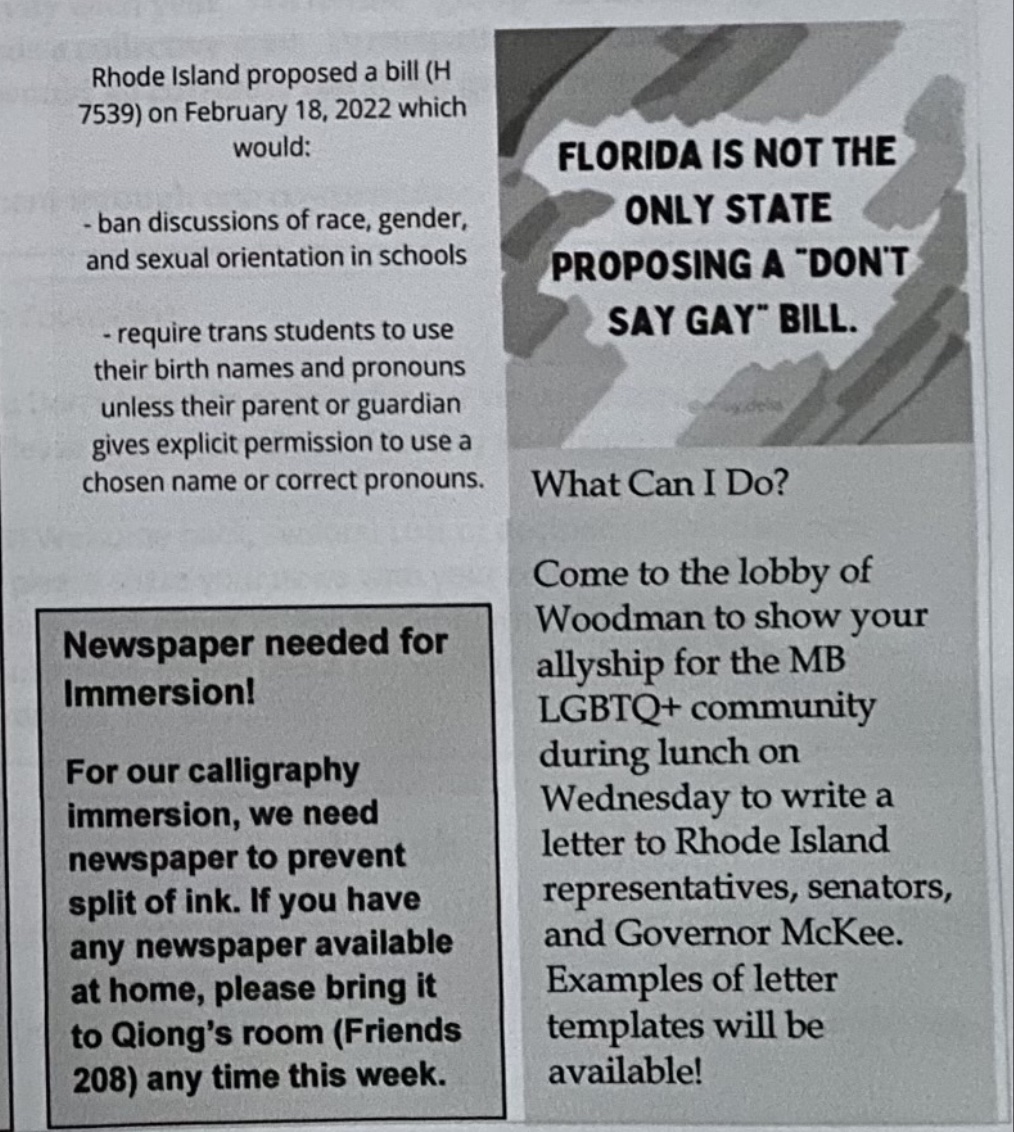 The legislation would “ban discussions of race, gender, and sexual orientation in schools” and “require trans students to use their birth names and pronouns unless their parent or guardian gives explicit permission to use a chosen name or correct pronouns,” according to the DIB bulletins obtained by PDE.

Several students told PDE that the school passed out pronoun pins that read “My pronouns are: They Them Theirs” during Wednesday’s event. 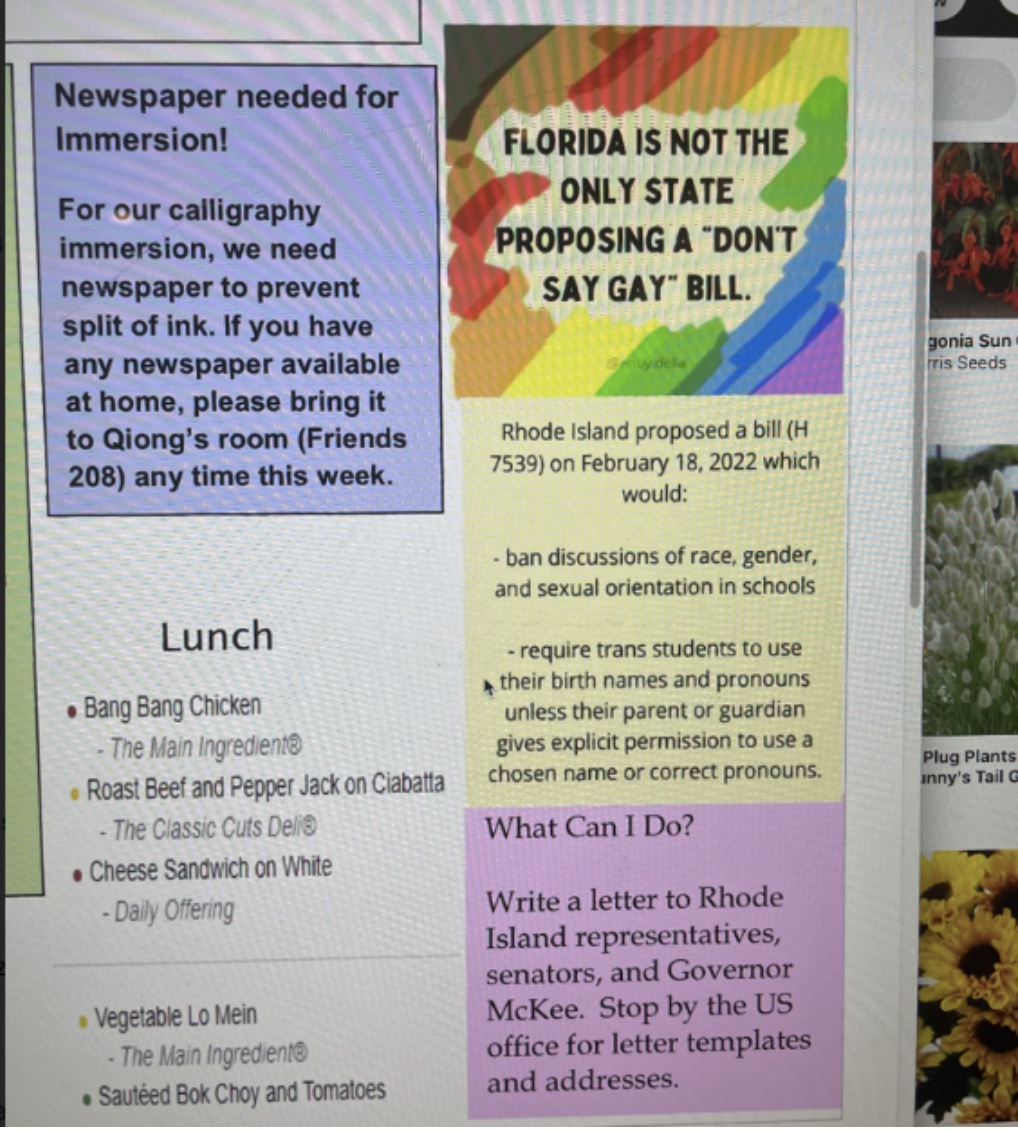 The text of the Rhode Island legislation states that “the sexualization of children shall not be permitted in educational or extracurricular activities” and “sex education shall not explore sexual preference, gender dysphoria, or sexual lifestyles.” Educators and administrators would also be required to address children by “their common names and the pronouns associated with their biological gender unless parental or guardian permission to do otherwise is obtained.” (RELATED: Biden Budget Proposes $100 Million For ‘Racial’ Diversity In Schools)

School personnel who fail to follow the bill’s provisions would be subject to discipline under the Civil Rights Act of 1964, according to the legislation.

“It’s astonishing that a private school charging over $35,000 per year would miss an opportunity to constructively engage students in the political process,” President of PDE, Nicole Neily told the Daily Caller News Foundation. “Not only has Moses Brown failed to objectively present what the bill says, the school also makes clear what the only ‘acceptable’ interpretation of the bill is – demonstrating that there is no opportunity for an alternative perspective.”

The Moses Brown School did not respond to the DCNF’s request for comment.