On today’s show, David breaks down the news out of Tallahassee, Washington, and the financial markets.

Dems are furious about Howard Schultz potentially making an Independent run for president because they are afraid it will take votes away from them in 2020.

David spoke with good friend and frequent guest of the show Phil Clark. Mr. Clark is the Director of Wealth Management of KROST CPAs and Consultants in Pasadena, CA. Firstly, Clark educates us on quantitative easing and why the economy is growing.  He also gives us his hot take on Howard Schultz.

All this and more on today’s edition of the podcast David Jolly: Unbiased and Unplugged.

Listen to David Jolly: Unbiased and Unplugged every weekday from 1-3 on AM 820 News and 98.3 FM in Pinellas County.

Healthcare On The Go Via Your Smartphone

Could Tampa Bay Be The Future Tech Hub – 2019 Synapse Summit 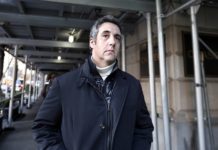 Following Up On The Scathing Trump-Cohen BuzzFeed Report