MIAMI (AP) — The Coast Guard says authorities have suspended the search for a small plane that apparently crashed into the ocean in the Bahamas with four people on board, including two children and a prominent New York businesswoman.

Air traffic control lost contact with the Mitsubishi MU-2B aircraft while it was heading to Florida from Puerto Rico. A search that included the Coast Guard and Bahamas Defense Forces located plane debris east of the Bahamian island of Eleuthera.

The people on board the plane were identified as Nathan Ulrich, 52, of Lee, New Hampshire, and Jennifer Blumin of New York, 40, along with her 3- and 4-year-old sons.

A Coast Guard statement said the search area covered an expanse of ocean the size of Massachusetts before it was suspended late Thursday. 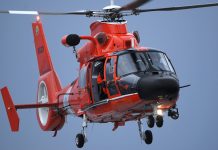 Coast Guard Rescues Man Who Fell From Boat Near Miami 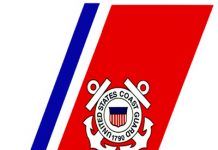 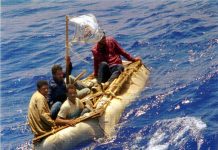