ALBUQUERQUE, N.M. (AP) — Netflix’s cancellation of “One Day at a Time” has led to an outcry on social media by the show’s viewers. And fans of CW’s “Jane the Virgin” are preparing to say goodbye to a show entering its fifth and final season.

The departure of the two Latino-themed shows demonstrates the challenges such projects still encounter on networks and streaming services. Networks may feel pressure to tap into the growing Latino population — now the largest minority group in the U.S. — but the shows often receive limited promotions and are on a short leash from executives who want to see good ratings fast. Advocates of more diversity on television say these shows are often given difficult time slots or are buried deep in the maze of streaming apps.

“It was such a bummer with ‘One Day at a Time’,” Mishel Prada, who plays Emma in the Starz series “Vida,” told The Associated Press. “Things are changing, but it hasn’t changed (enough).”

ABC faced a similar reaction when it canceled the 2014 sitcom “Cristela,” starring stand-up comedian Cristela Alonzo, after one season. The show aired late on Fridays and averaged around 5 million viewers. Likewise, Fox drew criticism when it canceled the 2016 adult animated sitcom “Bordertown,” also after one season, despite its cult following in a tough Sunday timeslot.

The cancellations of “Cristela” and “Bordertown” drew anger from Latino audiences and demands that networks produce more shows with Hispanic characters.

William Nericcio, a professor at the Center for Latin American Studies at San Diego State University and co-author of the upcoming book “Talking #BrownTV: Latinas and Latinos on the Screen,” said there is a hunger for Latino-themed shows.

For shows to be successful, they must overcome limited publicity from networks and sometimes must rely on word-of-mouth recommendations, Nericcio said. 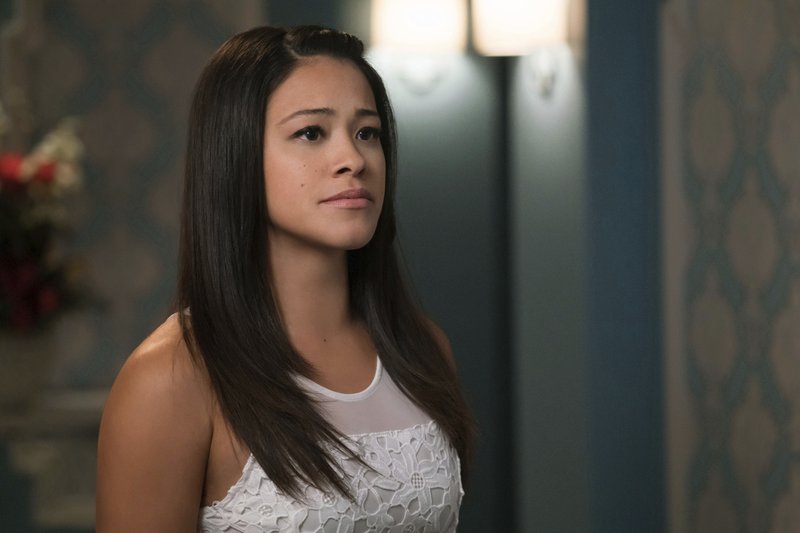 Gina Rodriguez appears in a scene from, “Jane The Virgin.” (Michael Desmond/The CW via AP)

The success of Netflix’s “Roma,” for example, was driven by the streaming service’s public relations campaign but also by Mexican-Americans who rallied around its star, Yalitza Aparicio, the Oscar-nominated indigenous Mexican actress. “Roma” appeared to signal that Latino-themed shows and movies might get more support from networks, Nericcio said.

While fans lament the end of “One Day at a Time” and “Jane the Virgin,” other TV shows featuring U.S. Latino characters are trying to capture the attention of fragmented audiences, including those looking for diversity.

Starz is scheduled in May to unveil the second season of “Vida,” which follows two Mexican-American sisters in East Los Angeles. This month, Netflix is releasing the second season of the teen dramedy “On My Block,” set in a working-class Latino and black neighborhood in Southern California. And Nickelodeon is putting the final touches on “The Casagrandes,” a spinoff of its animated series “The Loud House,” featuring a Latino family.

“Jane the Virgin,” starring Gina Rodriguez as Jane Villanueva, is a reboot of the Venezuelan telenovela “Juana La Virgen” and saw its ratings slowly decline since it debuted in October 2014. Its final season began Wednesday and the finale is scheduled for this summer.

But it was the end of “One Day at a Time” that sparked the most recent social media furor. The show, created by Gloria Calderon Kellett and Mike Royce, starred Justina Machado as a single, Cuban-American mom and military veteran, and Rita Moreno as her mother. It was a reboot of the original “One Day at a Time,” which was co-created by Norman Lear and aired from 1975-’84 with stars Valerie Bertinelli and Bonnie Franklin.

Prada, of “Vida,” was among those who took to Twitter to express their displeasure.

Lin-Manuel Miranda, creator of the Broadway hit “Hamilton,” called on other networks to save the show. “We’re gonna do everything we can,” he wrote on Twitter. ”(By we I mean US, YOU AND ME, the fans of this thing).”

Mexican-born actress Melissa Barrera, who plays Lyn in “Vida,” told The AP that she, too, was “heartbroken” over the cancellation of “One Day at a Time” and hopes it gets a new home soon. But she said it should be a wakeup call for Latino viewers.

“We can’t (keep) complaining about representation when we are not supporting each other’s shows,” Barrera said. “It’s our job as a community to actually watch these shows and send a message up the chain … we are here and we are watching.”

Prada said she’s disturbed that networks seem to think there’s only room for one Latino-themed show in their lineup. “There’s more room to tell more stories,” she said. “So let’s use it.”