From Tampa Bay to Orlando to Miami an estimated 40, 000 students, teachers, parents and supporters joined people worldwide March For Our Lives. They came to chant “Never Again,” after the Valentine’s Day mass shooting of 17 people at Marjory Stoneman Douglas High School in Parkland, Florida.

On a sunny day in Tampa the mayor Bob Buckhorn stood on the stage in front of and got a huge ovation when he voiced his support for background checks and waiting periods ahead of gun purchases.

His fellow mayor Rick Kriseman was on the stage in St. Petersburg, where he also spoke for stronger gun control in Florida and the United States.

“It is tragic you all have to march for your young lives, he said, before leading the crowd into a chant: “Vote, vote, vote.”

No Florida politician got more criticism than Republican Sen. Marco Rubio, who has been at the center of the gun law controversy since day one. Rubio, whose reluctance to swear off campaign money from the National Rifle Association has made him a primary target for the March For Our Lives movement. In Parkland students wore orange $1.05 tags to the march, a number they said was derived by dividing the number of students enrolled in Florida’s schools by the money Rubio has received in support from the NRA.

Rubio, like most members of Florida’s Republican Congressional delegation stayed away from Washington and events around the state. “While protests are a legitimate way of making a point, in our system of government, making a change requires finding common ground with those who hold opposing viewpoints,” Rubio said in a press release.

Earlier this month Florida Gov. Rick Scott signed Senate Bill 7026 into law and it was the first gun control legislation enacted in the state in over 20 years. The appropriation includes more than $69 million for mental health assistance in schools, more than $25 million for replacing a building at Marjory Stoneman Douglas and $98 million for hardening security of school buildings.

QUOTES FOR THIS STORY CAME FROM ASSOCIATED PRESS. 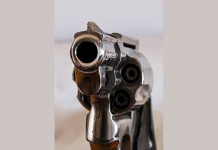 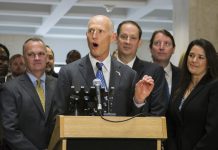 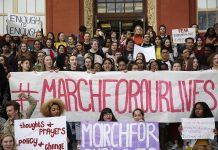 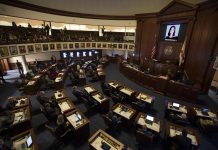 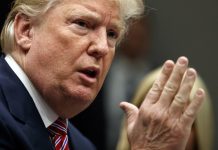