The headlines in all of the newspapers in the United States stated former first lady Barbara Bush is dead at 92. That of course was true but she far more than that serving as the matriarch of a Republican political dynasty.

She, was married for 73 years to George Herbert Walker Bush, the 41st President of the United States. She also was the mother of George W. Bush, the 43rd president and former Gov. Jeb Bush of Florida.

Mrs. Bush was one of only two women to be both the wife and a mother to a U.S. president—the other being Abigail Adams—Bush repeatedly stressed the importance of family.

Mrs. Bush was a very strong woman who gave advice to her family in measured, but soft tones. That said she once told me in an interview that “Never ask me a question that you don’t want an honest answer to.”

I had the pleasure of interviewing Mrs. Bush four times over my career and I can tell it was a real treat. She was funny, smart, and very easy to chat with.

She could talk politics, issues of the day or sports. She was a big Houston sports fan, especially of the Astros and the Texans.

So, why do people know about Mrs. Bush?

Besides being a first lady to her the most important job she ever had was to be the mother of six children — one of whom, a daughter, Robin, died as a child from leukemia.

The Bush’s moved around a great deal before landing in the Houston area where she and Bush 41 raised their family in the 1950s and ’60s amid the post-war boom of Texas. She mixed her family duties with Bush 41’s new career in the oil business and their love of politics.

Her place on the national stage came in Mrs. Bush served as the country’s first lady from 1989 to 1993. Her main focus as first lady was literacy and she did a great deal of good advancing her cause as First Lady.

“If everyone could read and write, all the problems I worried about could be solved,” she told USA Today on the occasion of the 25th anniversary of the Barbara Bush Foundation for Family Literacy in 2014. “If you can’t read, you can’t do anything.”

However, Mrs. Bush drove the cultural conservative part of the Republican Party crazy as she and 41 were supporters of Planned Parenthood which went against the President Ronald Reagan who Bush 41 served as vice president. Then long after the Bush’s left office they attended gay wedding in 2013, at a time when the Republican party was fighting tooth and nail to prevent marriage equality from becoming the law of the of the land.

Most recently I saw in 2016 as she went out on the campaign trail stumping for her son Jeb who was fighting for the Republican presidential nomination. She was not shy about her thoughts on Donald Trump, who relentless in his attacks on her son.

In an interview with CNN in February of 2016 that she was “sick of him,” referring to then-candidate Donald Trump, who ended her hopes of having a second son in the White House.

“He doesn’t give many answers to how he would solve problems. He sorts of makes faces and says insulting things,” she said about Trump when defending her son Jeb during a bruising Republican primary slog. “He’s said terrible things about women, terrible things about the military. I don’t understand why people are for him, for that reason.”

She kept alive the quote she gave me over 25 years ago about “Don’t ask a question you don’t want a truthful answer to. She was sharp all the way till the end.

So, Barbara Bush a woman behind the most successful Republican Dynasty perhaps of all time died on her own terms with her family next to her. She wanted it that way, and in the end the head of the Bush household got her wish. 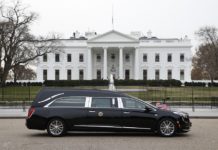 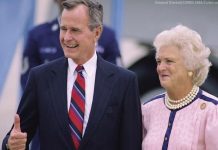 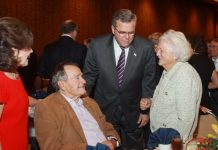 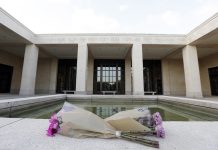