The Florida primaries are now just a month away (Aug 28th) and it is interesting to note the influx of non-career politicians running in the various races. This is perhaps inspired by President Trump, a person from the business world, not political. For example, in Pinellas County you have investment adviser and retirement planner Terry Power (R) for Florida House District 64, and restaurateur Leo Karruli(R) for Florida State Senate, District 16. In the south you have Barb Haselden running for the Board of Pinellas County Commissioners, District 6.

What these people lack in political experience, they have made up for as successful business people who are emboldened by the president to toss their hats in the ring. In the case of Barb Haselden, for example, she was a pioneer in the long term care insurance industry where she served as an independent agent. In her 30 years of business, she never had a claim denied. Despite her success, her interest in politics was piqued in 2014 by the Greenlight Pinellas project to introduce light-rail service to Pinellas County and Tampa Bay overall. Smelling a boondoggle in the making, Ms. Haselden founded the “No Tax for Tracks” initiative which helped to defeat the project 62%-38%.

Having studied the Greenlight Pinellas initiative, Barb found this to be a brazen attempt by a Progressive-leaning Planning Commission. She claims their use of the “Pennies for Pinellas” money keeps her up at nights. Just as she carefully researched the long term care industry, before making a career move, she studied the Greenlight project carefully and found the numbers didn’t add up properly. In other words, she found some serious flaws in the spin proposed by the Planning Commission. She notes how the Commission tries to sell their proposals based on emotion, when, in reality, we should be looking at it from a logical business perspective.

Barb became incensed by the political gamesmanship of the commission, which explains why she decided to run for office. For example, she points to last year’s renewal of the “Penny for Pinellas” referendum in an off-year, claiming the Commission knew it would be easier to pass it then as opposed to a midterm or presidential election year when more voters would turn out. Keep in mind, the tax itself didn’t have to be renewed for another two years. Why else would there be a push for it in 2017? This strategy resulted in having the penny tax be passed by only 26% of the voters in Pinellas County. In other words, 74% didn’t vote in this off year (Source: Pin. Cty. Supv. of Elect.).

To help sell the renewal of “Penny for Pinellas,” the commission often quoted the success of the three-year-old $81 million Pinellas Public Safety Complex used to house county emergency workers during Hurricane Irma. A recent report in the Tampa Bay Times reveals there are some serious structural problems with the building. Even Sheriff Gualtieri describes it this way, “The place looks like a dump,” and the County is now involved in a lawsuit with the contractor over shoddy workmanship.

As an outsider, Haselden finds it disturbing her political opponents only talk about the goings-on in Tallahassee, not in Pinellas County. Whereas one of her opponents for the Board has made a campaign issue of mental health, Barb has three different priorities if elected:

1. Enact term limits for serving on the Board. Barb points out that in 1996 a bill was passed by 73% of the voters in Pinellas to enact such term limits, but the Florida Supreme Court found the wording of the ballot to be unconstitutional, thereby negating it. Nonetheless, if Barb is elected, she plans to get it placed on the ballot again for a general election, thereby putting an end to career politicians on the Board.

2. Correction of the county’s sewage problems. Pinellas voters will remember the 200 million gallons of sewage St. Petersburg discharged into local neighborhoods and waterways in 2015 and 2016, along with other spills throughout Pinellas County. Some might believe the County corrected the problem since then. In reality, No, it did not, as proven by Hurricane Irma. Most residents are unaware sewage problems erupted during the storm. Throughout the county, 33 spills were reported to the Florida Department of Environmental Protection (FDEP) totaling millions of gallons. According to the Department, Clearwater alone experienced sewage spills of just under two million gallons, and St. Petersburg just under 500,000 gallons during this period. Sewage spills are common when inundated with water, but this was after only 3.67 inches of rain and low tides, a scenario that should have been easily accommodated.

Haselden contends the Board has kicked the can on this issue for far too long. This is an important environmental issue affecting both our tourist industry and property values.

3. She wants to become a watchdog against wasteful spending and pet projects by the Board. In addition to snafus like the Pinellas Public Safety Complex, Barb is very much concerned with the Board moving forward on another attempt to pass the Light-Rail initiative without voter consent, something overwhelmingly defeated by voters just a couple of years ago. Like term limits, the will of the voters is seen as an obstacle to be overcome by political maneuvering.

Unlike career-politicians who bait voters with a carrot and stick mentality, allow for cronyism, and make back-room deals, business people like Haselden and company do not accept the political status quo making them persona non-grata to those in the political swamp. The fact such people are willing to give of their time and bring a common-sense approach to the administration of our communities should be applauded and embraced. Voters are now gravitating to non-traditional candidates with a business perspective and results orientation as opposed to the classic political personas where they promise everything and deliver nothing. If Donald Trump taught us anything, the time for political facade and gobbledygook is over. The people are tired of playing games and want practical solutions to their real problems. In other words, they are entitled to new champions who will lookout for the interests of the taxpayers, not for personal gain, and certainly not for ideology.

Mr. Bryce is a freelance writer residing in the Tampa Bay area of Florida. 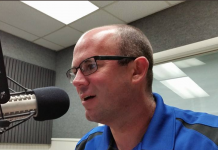