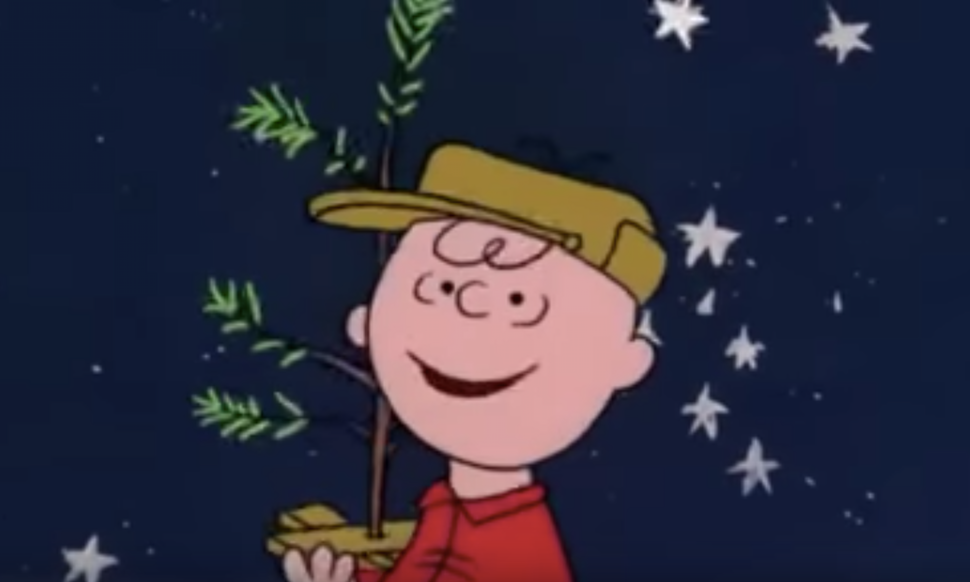 Tis the season, not for Christmas or any other religious holiday, but for political correctness. It appears the holidays have triggered a wave of criticism over audio/video classics as heard and seen for years over our airwaves. This is just another example of political correctness running amok.

First, there was the TV special, “A Charlie Brown Thanksgiving,” which originally aired in 1973 and won an Emmy Award. For 45 years, it was a beloved holiday classic, but not in 2018 when it was accused of racism. It was recently pointed out that at the dinner-table scene, Franklin, the lone black character, sat on one side of the table alone in a lawn chair, while the other white characters were on the opposite side sitting in regular chairs. Critics today claim this is a very racist scene. To his credit, Charles M. Schulz, created Franklin in 1968, making him one of the first cartoonists to incorporate a black character in his strip. Schulz later claimed he created Franklin after being inspired by Dr. Martin Luther King, Jr. So instead of applauding Schulz’s efforts, he is criticized by the PC police in 2018.

Next, we have the 1964 Christmas Classic, “Rudolph the Red-Nosed Reindeer,” narrated by the late great Burl Ives. For 54 years, this film was cherished by children, but not in 2018 where critics today declare it “disturbing.” Santa is accused of racism for not accepting Rudolph due to his red nose, Hermey the Elf is described as a “Sadistic Psychopath,” the elves are accused of inbreeding, and Yukon Cornelius is considered “Mentally Unstable.” I wonder how we overlooked all of this for over 50 years?

In 1969, “Frosty the Snowman” was brought to television and narrated by the late Jimmy Durante with his marvelous gravelly voice. It was inspired by the popular song sung in 1950 by the legendary cowboy-singer Gene Autry. For 49 years the show was enjoyed by millions of children, but again, as with the others, it is not acceptable in 2018. Frosty’s melting scene is now said to give children nightmares as he is “viciously murdered” by an evil magician who wants Frosty’s magic hat. Santa returns to bring Frosty back to life, but it is now being claimed this scene traumatizes young people. Having grown up in the north, and made many a snowman in my day, we all knew they were not real and what would happen when the Spring thaw came, but to be traumatized by this in 2018, it makes you wonder what they are putting in kid’s cereals these days.

Finally, we come to WDOK-FM 102.1 (aka, Star 102) in Cleveland who recently banned the song “Baby, It’s Cold Outside” as it could be construed as promoting male predatory tactics of women, something of keen interest to the #metoo movement (anyone remember the Justice Brett Kavanaugh hearings?). Although it is not a true Christmas song, it was written in 1944 and played around the holidays. It is primarily sung as a duet between a man and a women. In its 74 year history, there have been dozens of renditions by a variety of artists, including: Ella Fitzgerald and Louis Jordan, Esther Williams and Ricardo Montalbán, Vanessa Williams and Bobby Caldwell, Lee Ann Womack and Harry Connick Jr., Anne Murray and Michael Bublé, Martina McBride and Dean Martin, and many others. Great music, but you won’t hear it anytime soon in Cleveland.

WDOK-FM ran a poll on their Facebook page asking listeners what holiday song should be omitted from their playlist, and out of 600 responses, 94% (564 votes) were in favor of it, but only 6% (36 votes) were against it. So, thanks to a meager 36 people, the radio station dumped the tune. Who-da-thunk-it?

All of these shows and music range in age from 49 to 74 years old, and introduced in the 1940’s, 50’s, the turbulent 60’s, and early 70’s. One cannot help but wonder where was the outrage back then? Were we really so naive and clueless not to see the hidden meanings? Is it possible we were socially mal-adjusted or is there something wrong with today’s sense of right and wrong? Frankly, I think there is something in the water causing this distortion of reality. These classics may not have been the most brilliant artistically, but I do not believe they were deliberately designed to embarrass anyone.

The criticisms of the old television classics appear to be coming from Millennial writers who seem to be making mountains out of mole hills. They either want to create something controversial to boost their readership, or they honestly believe the nonsense they write. Unfortunately, their badgering will likely cause the mainstream media to abandon these holiday classics. I just wonder what they propose to replace them with, perhaps titles such as, “A Charlie Brown LGBT Thanksgiving,” “Rudolph the Red-Nosed Wussy,” “Frosty the Snowflake,” and “Baby, Get Your Ass Out of Here, Can’t You See I’m Texting?”

The far left is confounded by President Trump who is an ardent proponent of Christmas. The fact he likes to say “Merry Christmas” this time of year, as opposed to “Happy Holidays” or “Season Greetings,” drives them crazy. Since there appears to be a resurgence in Christmas, the left is attacking the peripheral aspects of the holidays, hence the attacks on Rudolph, Frosty, et al. They will not be happy until organized religion, particularly Christianity, is removed from our culture. The reality though is this will never happen. 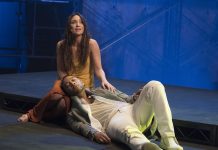 For Live ‘Jesus Christ Superstar,’ NBC Turns to a Legend