Major League Baseball’s near decade-long attempted extortion of Tampa Bay taxpayers is over.

Proclaiming the Ybor effort dead, Sternberg vowed to renew efforts to find a suitable site for a new stadium in order to keep MLB on Florida’s West Coast.

“We’ll continue to look in Tampa Bay and we’ll put our efforts to that,” Sternberg said at a news conference during the the winter meetings. “One way or another, we need to figure out where the team is going to be in 2028, if not sooner. Ideally sooner. But absolutely by 2028.”

Any new ballpark can’t open until at least 2024 and the team must start thinking about where it will play when its lease at St. Petersburg’s Tropicana Field ends after the 2027 season, he explained.

Ignore the rhetoric from Sternberg and any local politician. The Rays are outta here, very well before 2027, as it is likely the lease agreement can be settled. If anyone doesn’t believe feelers are out to receptive, sports-starved cities throughout the country, I know a bridge for sale.

The only real question is what city is willing to pony up hundreds of millions to feed the MLB greed machine.  Candidates most prominently mentioned: Montreal, Charlotte, Orlando, San Antonio, Portland, and Las Vegas.  Back to that in a bit.

Sternberg has only two real choices: sell the team at a modest profit or relocate  to a city that will roll out the red carpet and enough greenbacks to significantly boost the franchise’s value.  A new owner will relocate as the Tampa Bay elite never puts skin in the game when the public trough is so readily available.

In addition to taking public utterances at less than face value, locals should not buy into the nothing burgers and myths being served up for what passes as mainstream media in Tampa Bay.

Hagan said earlier this month that he had cobbled together a public financing package but it supposedly was insufficient incentive for New Yorker Sternberg who made his billions in hedge funds — code for using other people’s money. 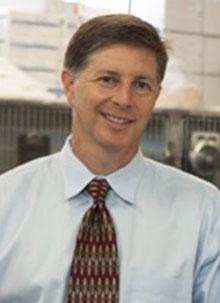 Tampa Bay Beat has it on excellent authority that Sternberg became wary of the Ybor deal when it was revealed that Tampa Bay Times “investor” Darryl Shaw stood to profit from the relocation by hundreds of millions.  A buddy of Hagan, Shaw began purchasing Ybor parcels by the dozens in anticipation of a quick, humongous profit.

Shaw’s fiduciary relationship with the Times was disclosed by Tampa Bay Beat 14 months ago.

The Times dutifully promoted the Ybor deal in its news pages to the extent that it failed to call out Hagan who said “no tax monies” would be involved in the Rays relocation.  Oh what a tangled web we weave.

Sternberg had every right to be spooked.  RICO statutes not only provide for criminal wrongdoing but they can be used in civil suits against alleged perpetrators.  Those actions are difficult to prove most of the time but there are enough potential plaintiffs to fill 10 Tropicana Fields:  any entity that sold property to Shaw at bargain basement prices; surrounding businesses who would suffer from the destruction of an historic neighborhood; those displaced by the stadium and attending infrastructure; hell, any Leon County taxpayer.

A feeble Times article in the aftermath of Sternberg’s rejection is pure bunk:  that Tampa attorney Ron Christaldi’s relationship with a Chicago real estate investment firm raised conflict-of-interest concerns among Hillsborough officials that squelched the deal.

Rays attendance has been in the doldrums since … forever. Some fan bases can endure a bad team — hope is easy to sell — but the Rays, with the exception of three seasons, have been a bad and boring one. That’s a deadly combo.

Sternberg trades or releases the most popular players in their prime: David Price and Evan Longoria to name two. Not only are Blake Snell and Kevin Kiermaier virtually unknown around the league, they rank nowhere near the popularity of their predecessors.

So, where will the Rays finally land?  Montreal failed to hang onto a franchise and its current mayor is averse to sports subsidies. Charlotte cannot support a minor league team and tobacco road roundball is impossible to overcome in popularity. Orlando would be a tremendous gamble if the Rays and Marlins are any indication of Floridians’ (lack of) appetite for baseball. San Antonio seems viable, replete as it is with a high percentage of Latinos … but the present mindset of most Texas politicians opposes sports subsidies.

That leaves Portland and Las Vegas. Reportedly the city of Portland stands ready to build a stadium with a commitment from MLB. It’s a youthful city that is becoming more affluent. Though Millennials say attending sports events is not a priority, Portland is a good possibility.

The best odds: Las Vegas. The maiden season of the NHL Las Vegas Golden Knights was a smash. Jon Gruden is bringing his NFL Raiders act to Sin City in a couple of seasons. The Phoenix Suns are threatening city fathers they’ll relocate to Vegas if the team can’t get a commitment for a new arena.

Only baseball remains to be snatched in an area where gambling bucks flow like lava in the Ring of Fire. Vegas movers and shakers are favorably disposed to financing professional sports and a move by the Rays would make that desert outpost one of the few cities with at least three teams representing the major sports.

Even the Rays nickname is suitable.

One thing is certain: the Rays will be gone from Tampa Bay.  Even a half-billion won’t be enough to give Sternberg second thoughts.

Rays fall to Dodgers 3-1 as the season ends. But Tampa Bay should be proud of this team.