FOR LIVE UPDATES OF WHO IS WINNING CLICK HERE

When word came out this month that Tiger Woods would be playing Innisbrook in the Valspar Bay Area golf fans were excited. Now after two rounds of the tournament tickets are much harder to come by as Woods sets just two strokes off the lead with a very good chance at if not winning the Valspar, proving he is back in championship form.

As Friday drew to a close it was Canadian, PGA rookie Corey Conners who sat atop the leader board. He finished with a 2-under 69 for a two-shot lead going into the weekend. Right on his heels was Woods, who kept a clean card until his final hole and shot 68.

“I definitely saw that,” Conners said. “I’ve seen that the last few days as well. Pretty cool. Hopefully, I can be in a position where I get some followers Sunday.”

Conners was at 6-under 136 and will play in the final group with Paul Casey, who had a 68. A massive crowd is expected to follow the next to last pairing of the day, Woods and Brandt Snedeker (68) will be attacking the Copperhead course together.

“I don’t think this will be leading, but at least I’m there with a chance going into the weekend,” Woods said when he finished. “Today was a good day.”

Woods showed all day that he has mellowed and also been able to rally from his mistakes. The wind proved to give him problems at times but he was able to battle through it and finish strong.

Twitter and social media went crazy early on Friday afternoon when for a while the name atop the leader board read Tiger Woods. But that lead slipped away but he kept his composure and finished strong.

It is really hard to believe that just five Woods didn’t have clearance to begin hitting full shots, much less to play without restrictions. In his fourth PGA Tour event in seven weeks, he looks like a contender.

Woods in contention even has some of the top players in the world excited.

“When Tiger is in contention the roars are a little louder, and there’s certainly an energy about the gallery that you don’t have anywhere else,” Jordan Spieth said.

“I’ve played with Tiger many times. It’s nothing new,” Spieth said. “It kind of feels like you’re playing in a major championship in a normal round, which if anything should bring out better golf for me. I just got way off on my iron play, with putting not improving either. That’s how you shoot over par.”

It was a tough day for Spieth who missed the cut for the second time this year. He is still trying to rediscover his putting touch, and his iron game left him in an opening round of 76. He didn’t fare much better on Friday with two birdies, two bogeys, a 71 and a phone call to get back to Dallas sooner than he wanted.

Tickets are $50 per day and available online and at the gate.

TV/Radio – for Saturday and Sunday

Tim Williams and Rock Riley are covering the event for Sports Talk Florida. They will have reports all weekend as well as a wrap up of the Valspar Monday on WHBO 1040 AM. The Rock Riley Show airs from 3 pm to 6 pm.

The quotes used in this story were provided by the ASSOCIATED PRESS. Video from The PGA Tour checkout all the video highlights and interviews. 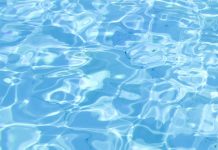 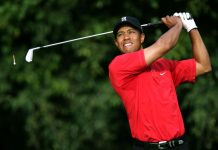