The free service has wonderful content and is well worth a look.

If you have not checked out Tubi TV then you are missing out on one of the most compelling and best-streaming video services on the market today. First off it is free, which clearly makes it worthy of your consideration.

Tubi TV first launched back 2014 and it has shown impressive growth in the past three years. In a strong move earlier this summer, the San Francisco-based video service was able to raise  $20 million round of funding.

THIS WEEKS STREAM ON PODCAST WITH TUBI TV’S JONATHON BARBATO

They are one of the top five streaming video downloaded video apps on iTunes and can boast more subscribers than HBO Now and CBS All Access, combined.

During this week’s Stream On podcast Tubi TV’s, Advisor on Content Partnerships, Jonathon Barbato spoke about their growth and the importance of the over 200 partnerships that assures them of an impressive library of worldwide content.

Barbato made it clear that they won’t be investing in original programming. He strongly feels there are plenty of content out there that streamers have not yet seen. So, investing in existing programming is the winning formula for Tubi TV and should serve them well in the future.

The service has some impressive content and they should be commended for their dedication to variety. From Merlin to Dog the Bounty Hunter there really is something for everyone to watch.

Tubi TV has a strong collection of Anime with one of the largest collections of any streaming service. Now that we are in October and Halloween right around the corner their collection of horror films is also quite impressive.

But there is also plenty of romantic comedies, dramas, mysteries and television programming on Tubi TV to keep you entertained for hours.

That content comes from their strong partnerships with known programming outlets like Lionsgate, MGM, Paramount Pictures, Starz and others, bringing its catalog of shows and movies to over 50,000 titles, with over 7,500 programs and movies in rotation at any given time.

But Tubi TV also wants to make sure that once you visit the service, that you return often. Once you sample their content they use some very impressive analytics to make sure you don’t have to do a great deal of searching for something to watch.

Say you are a fan of British television watching shows like Cold Feet, Vera or The Royal. There will be a quick profile that pops up offering you more compelling content that will suit your tastes.

You can build your own playlist ps shows and movies that fits your streaming tastes. I know you have seen that before on other streaming services and yes so have I, but the Tubi TV folks take it to another level with their data mining.

They use their high tech, deep data mining and its proprietary TV analytics platform with the robust content offering from its studio partners. This unique blend of product and technology allows Tubi TV to stay ahead of the curve in meeting consumer demand.

So have Tubi TV as part of your roster of streaming services, they are too good to pass up and did I mention they are free.

The service can be viewed on phones, tablets, laptops, plus Roku, Amazon Fire TV, Chromecast, Xbox 360, Xbox One, iOS, and Android OTT boxes. 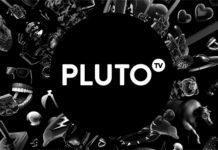