Newstalk Florida – N
Listen Now WHBO AM 1040
Listen Now WWBA AM 820
Home Entertainment All The Info on: Streaming SB 52 and A Must Have Free...
Facebook
Twitter
Pinterest
WhatsApp

As we all know the New England Patriots will take on the Philadelphia Eagles in Super Bowl 52 in Minnesota on Sunday with kickoff set for 6:30 p.m. So that means a good weekend for streaming video fans with tons of quality content.

A key point this year is conventional pay-tv subscribers are on the decline, cord-cutting homes will grow to 18.9 million in 2021, according to marketer, and cord-never homes will hit 19.5 million. That means Super Bowl viewership on streaming devices is expected reach 45 percent over last year’s telecast.

First of all, kudos to NBC for embracing the concept of serving the streaming world as they get ready for the Winter Olympics a little over a week away.

NBC, has been a leader in streaming and they were the first network to livestream a Super Bowl in the U.S. in 2012, will be streaming the game — and a full slate of pregame and postgame activities — for free on NBC.com, NBCSports.com and the NBC Sports app (viewable on Android, iPhones and on TV streaming devices such as Amazon Fire, Apple TV, Google Chromecast, Roku devices and Xbox video game systems, among others).

Good news for streamers is that if you don’t already the NBC Sports app loaded for the weekend you won’t need to have pay-tv credentials to watch live video on those sites and apps on Super Bowl Sunday.

Pregame coverage begins at noon ET, and NBC wraps up its free access viewing with an episode of its TV drama This Is Us, expected to air about 10 p.m. ET after postgame coverage. Or you can just tune in to the halftime show featuring Justin Timberlake.

Meanwhile, on this week’s edition of Stream On, my guest is Tunity founder, Yaniv Davidson. Now for those who don’t know what Tunity is it’s an app that acts as an all-encompassing viewing companion for the Super Bowl, allowing users to automatically connect to live Twitter streams highlighting content surrounding the game.

Since the app streams audio only, users do not have to worry about data overages caused by streaming live television on their mobile devices. Whether you find yourself in a crowded bar or quiet lounge for the Super Bowl, use the app to scan the TV, sync the audio, and listen in real-time with no delays or lags via your mobile device.

The app works everywhere and I have tried it around home with a great deal of success because of the same wifi. So, I can be streaming anything on my TV but if I have to go anywhere in the house I grab my phone and I can still follow the action.

If you want the full get me in the mood experience sign up for a free trial on YouTube Live, DirecTV Now, Sling TV, Hulu Live, Play Station Vue or an IPTV service. That will allow you access to ESPN, NFL Network, and all the other sports outlets who will be covering the game along with NBC. 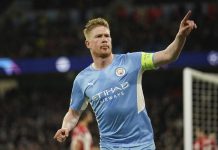 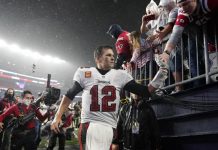 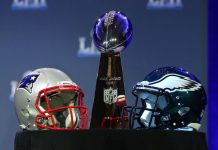