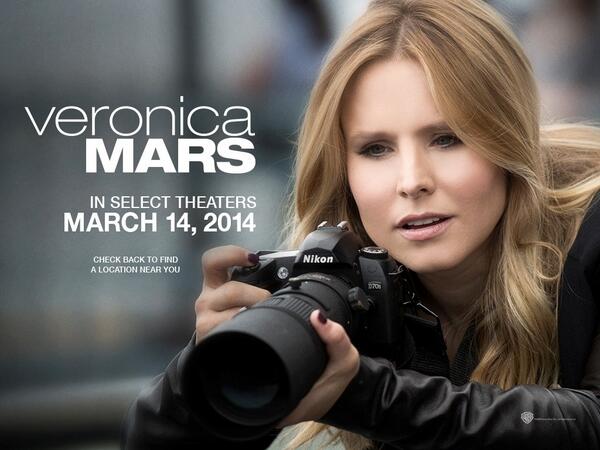 When the WB/CW show Veronica Mars was cancelled unexpectedly before it’s fourth season in 2007, fans were left not knowing if Veronica’s father was elected sherriff or how the actions of the sleuthy teenage would affect her future as a private investigator. On March 14, however, in theaters across the nation and several in the Tampa Bay area, Veronica Mars fans will finally have all their questions answered.

The movie follows Veronica seven years after we last saw her in college working as a lawyer in New York. The first two minutes of the movie were released to the movie’s social media pages on Feb 28 and will clue-in new fans on everything they need to know about Veronica’s past.

The Veronica Mars Movie – Opening Scene – In Theaters on March 14

In March 2013 the creator of Veronica Mars, Rob Thomas, and Veronica Mars herself, Kristen Bell, launched a Kickstarter campaign to fund a Veronica Mars feature length film. They used incentives such as merchandise and producer credit to convince fans to pledge to the project and it worked. The Kickstarter campaign was one of the most successful in history, raising over $5 million. Many characters from the original cast will reprise their roles, but at a 2013 San Diego Comic Con panel when asked if old story lines would be reprised, Thomas revealed that they will not be a prominent part of the movie.

“There are plenty of easter eggs in there and plenty of things that [fans] will appreciate a bit more because you watched the TV series,” Thomas said “but […] we want the movie to be the start of something new so I think all anyone needs to know can be seen in the first scene.”

Veronica Mars will be released in theaters on March 14. The movie will also be available for digital download and digital rental on the same day.