Just about a week ago the streaming service debuted The Bletchley Circle: San Francisco in the States and I am happy to tell you that the new show is actually better than the original and that is saying something.

It is a triumph that ticks all the boxes, great acting, great writing, great directing and it is well worth streaming for fans great mysteries like I am. For those of you in the U.K. you can see the show on ITV each Wednesday night at 9 p.m. BST, while we across the pond will be also watching the program on BritBox the same day or at our leisure on demand.

THIS WEEK’S EDITION OF STEAM ON – THE CAST OF THE BLETCHLEY CIRCLE SAN FRANCISCO JOINS ME TO TALK ABOUT THE SHOW.

Executive producer, writer, and showrunner Michael MacLennan told me that he was very pleased that viewers in the U.S. will be able to see the show each week less than 24 hours after it airs on ITV in the U.K.” It allows the viewers to be part of the conversation of the show in real time and that feedback is so important to all of us involved with the show.”

The new BritBox spin-off series, The Bletchley Circle: San Francisco is set in 1956 and it brings back two members of the original series Millie (played by Rachael Stirling) and Jean (Julie Graham) leave London for San Francisco in hopes of finding the person who killed one of their fellow code breakers and friend during the war.

Now once the duo gets to San Francisco are joined by Americans Iris (Crystal Balint) and Hailey (Chanelle Peloso), cohorts in code-breaking. Together they set out to solve the riddles left behind by a what appears to be a serial killer, or is it? Ah, that is why they call it a mystery.

Stirling told me that one of the biggest things that excited her about the show was the stellar ensemble cast. “I love working with actors and actresses from the U.S. and Canada. British viewers are not used to seeing characters on the telly that are people they know not of, but it is fun to work with and introduce our new family to our viewers.”

I have watched the first four episodes provided to me by Britbox and even if you have never seen the original it really doesn’t matter because it is a very entertaining murder mystery that will hook you in 15 minutes into the pilot.

Both Stirling and Graham were excited about taking their crime-fighting from London to San Francisco. “We love these characters and to be able to explore the roles as women who want to find their way in the world is a great challenge for an actor,” said Graham.

Director Lexi La Roche talked about Millie and Jean welcoming two members to their crime-solving team Americans Iris (Crystal Balint) and Hailey (Chanelle Peloso), cohorts in code-breaking. “These women are affected by the cases they are involved in and they pick each other up when they are down, they are women with fears but together they are very empowered by working together.”

For those who never saw The Bletchley Circle, it began a two year run in 2013 on PBS. The premise of the original show is that a group of friends of four World War II code breakers join forces after the war in 1954 to solve murders in London. Also along the way, they were able to uncover chemical weapon attack and for good measure, they broke up a human trafficking case using their vast skill set.

As is the case with other British television shows like Midsomer Murders, Ballykissangel, Death in Paradise and Foyle’s War to name a few we saw The Bletchley Circle reruns over years.

The series ran for two years but it is still out there for you to see for $1.99 per episode on Amazon Prime Video, Google Play or VUDU. 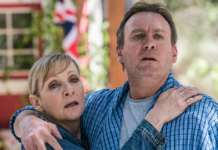 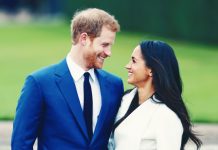 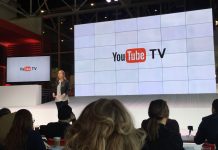