NEW YORK (AP) — Facebook is acknowledging that governments or other malicious non-state actors are using its social network to sway political sentiment, including elections.

That’s a long way from CEO Mark Zuckerberg’s assertion in November that the idea that bogus information on Facebook influenced the U.S. presidential election was “pretty crazy.” It also illustrates how the world’s biggest social network has been forced to grapple with its outsized role in how the world communicates, for better or for worse.

In an online posting Thursday, the company said that it would monitor efforts to disrupt “civic discourse” on Facebook. It is also looking to identify fake accounts, and says that it will warn people if their accounts have been targeted by cyber-attackers.

NEW YORK (AP) — Qualcomm slashed its profit expectations Friday by as much as a third after saying that Apple is refusing to pay royalties on technology used in the iPhone.

Apple Inc. sued Qualcomm earlier this year, saying that the San Diego chipmaker has abused its control over essential technology and charged excessive licensing fees. Qualcomm said Friday that Apple now says it won’t pay any fees until the dispute is resolved. Apple confirmed Friday that it has suspended payments until the court can determine what is owed.

“We’ve been trying to reach a licensing agreement with Qualcomm for more than five years but they have refused to negotiate fair terms,” Apple said. “As we’ve said before, Qualcomm’s demands are unreasonable and they have been charging higher rates based on our innovation, not their own.”

Qualcomm said it will continue to vigorously defend itself in order to “receive fair value for our technological contributions to the industry.”

But the effect on Qualcomm, whose shares have already slid 15 percent since the lawsuit was filed by Apple in January, was immediate.

Revenue is now expected to be between $4.8 billion and $5.6 billion, down from its previous forecast between $5.3 billion and $6.1 billion.

Shares of Qualcomm Inc. tumbled almost 4 percent at the opening bell to $51.22. 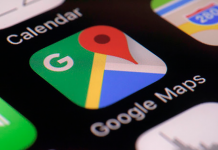 The NFL Has Two Significant Problems

The NFL Is Not Done With St. Louis